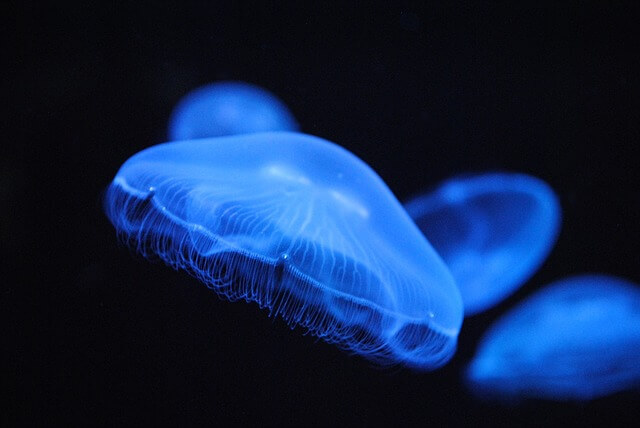 Fluorescence is a type of photoluminescence.  Photoluminescence refers to the process of light re-emission after a material has absorbed photons. Unlike reflection and scattering, the wavelength of the emitted light is longer than the wavelength of the absorbed light.  When a fluorescent or phosphorescent material is irradiated with high-energy ultraviolet (UV) light, it enters an excited state due to electronic transitions. Luminescence occurs when electrons return from the excited state to the ground state. One example of a living organism that emits luminescence is Aquaria victoria (Fig. 1). Luminescence is a generic term for light emission following absorption of optical energy (Table 1).

The energy contained in a photon is expressed by E = hν (E: energy, h: Planck’s constant, ν: frequency). When light hits a substance, its energy is absorbed by electrons, and the electronic configuration changes from the stable ground state to a higher energy excited state. Luminescence occurs when this energy is released in the form of light emission rather than molecular vibrations or heat generation. The electronic configuration then returns to the ground state  (Fig. 2). In many cases, part of the absorbed energy is emitted as thermal energy, so that the emitted light has a longer wavelength than the absorbed light (Stokes shift). 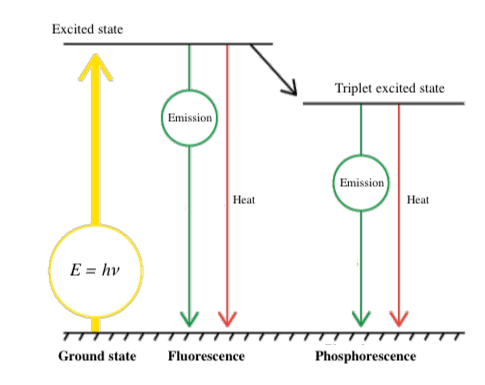 Light emission as a result of photo-excitation can occur partially in the form of fluorescence and partially as phosphorescence.  Phosphorescence occurs when an intersystem crossing occurs, and electrons cannot return directly to the ground state, but instead make a transition to an intermediate state. They then relax slowly to the ground state, resulting in phosphorescence. Fluorescence occurs on a timescale of nanoseconds, whereas phosphorescence can continue for much longer periods.  When electronic transitions occur in a substance, electron pairs generally have opposite spins (Pauli’s exclusion principle). However, when an intersystem crossing occurs, the spins are the same. Since this is a forbidden state, relaxation to the ground state is slow. 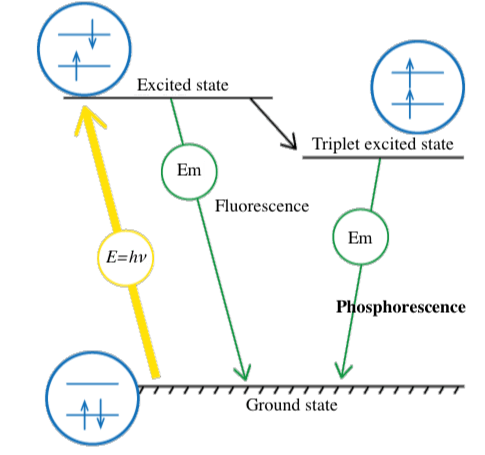 Fig. 3  Phosphorescence due to intersystem crossing