Rock is composed of various silicate minerals with a broad range of shapes and sizes.
Rocks are classified by the volume ratio of the minerals they contain. The deformation of rock is a fundamental element of large-scale movement of earth including continental drift and plate tectonics. The manner in which specific rocks are deformed (brittle or ductile deformation) depends on the various minerals contained in the rock, as well as the volume ratio, mechanical properties, spatial distribution, and grain size of these minerals. For example, pelitic schist, a type of regional metamorphic rock, is primarily composed of four minerals : quartz, muscovite, chlorite and albite. Muscovite and chlorite deform easily under low stress, but albite does not. Thus, in order to understand the mechanical properties of pelitic schist, we investigated its two-dimensional mineral distribution.

Figure 1 shows the IR spectra of muscovite, chlorite,quartz and albite. The peaks of each mineral are found at the following wavenumbers: 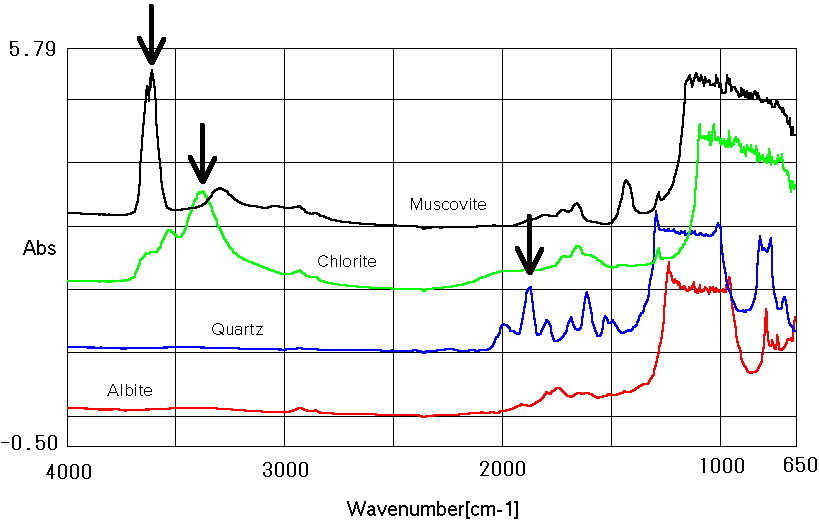 Figure 1. Spectra of mineral in the pelitic schist

Figure 2 shows the intensity map of the sample.

Albite, which does not have characteristic absorption, is assumed to exist in area where muscovite, chlorite and quartz are not observed. These figures show that albite and muscovite exhibit a band-shaped distribution. Chlorite is underlaid with muscovite in some areas. Quartz has spot distribution. The bird eye view (Figure 3) and 3-dimensional presentation (Figure 4) show detailed representations of the mineral distribution. 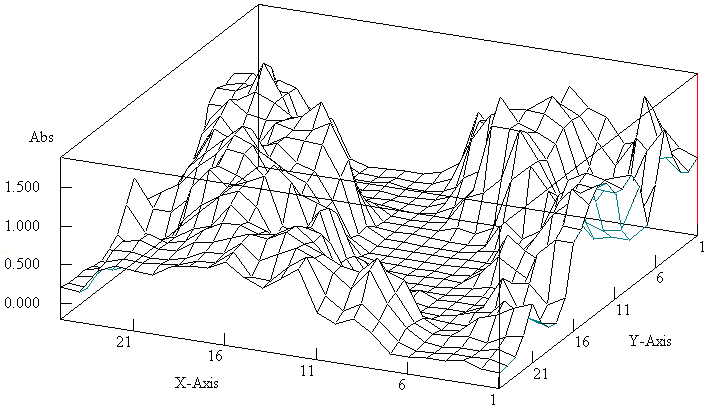 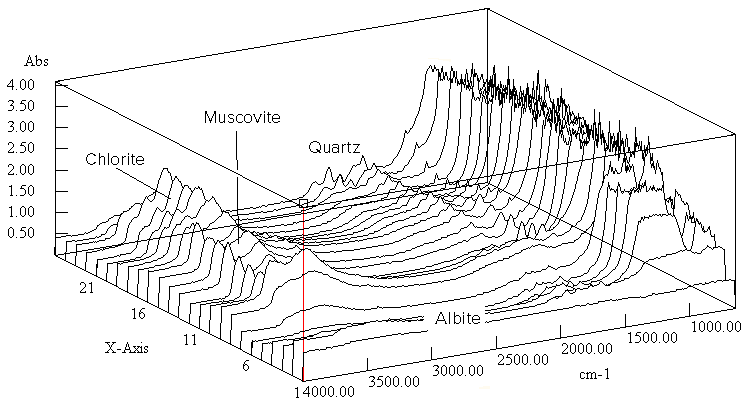 This example shows the analysis of the mechanical properties of rock using micro FTIR mapping. Micro FTIR is a useful tool for understanding the mechanisms of earth-scale deformation.