Traditionally, SFC was considered to be applicable only to chiral and low-polarity components. However, due to recent advances in performance and column types, it is becoming possible to analyze an ever-expanding range of achiral and highly polar compounds. 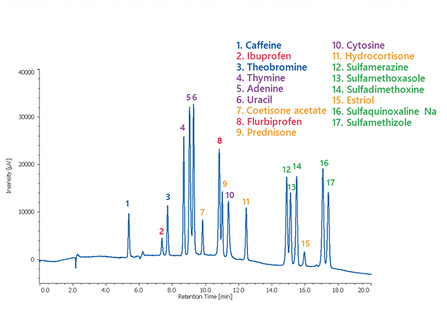 In addition, SFC may allow separation of substances that cannot be separated by gas chromatography (GC) or HPLC. Furthermore, with the advent of preparative SFC and SFC-MS, SFC is attracting attention as a third chromatography method following GC and HPLC.