What is the Raman effect?

Raman spectroscopy is a popular technique for the analysis of molecular structure and is considered complementary to infrared spectroscopy. Raman spectroscopy is based on the Raman effect, which was first identified by the Indian physicist Chandrasekhara Venkata Raman in 1928. The Raman effect is based on scattering of light, which includes both elastic (Rayleigh) scattering at the same wavelength as the incident light, and inelastic (Raman) scattering at different wavelengths, due to molecular vibrations. Raman scattering is about a million times less intense than Rayleigh scattering. Therefore, to obtain Raman spectra, it is necessary to prevent Rayleigh scattering from overpowering the weaker Raman scattering. 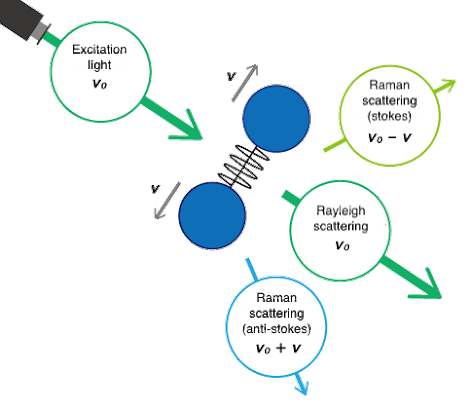 What is the Raman shift? 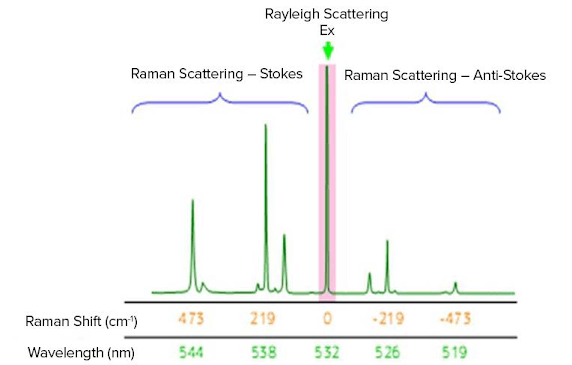 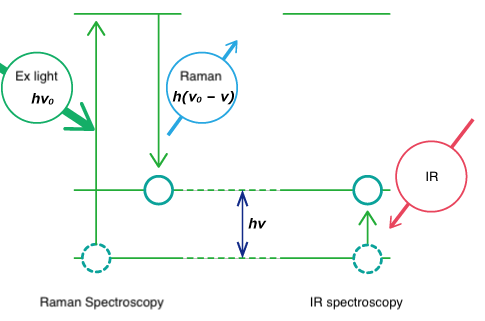 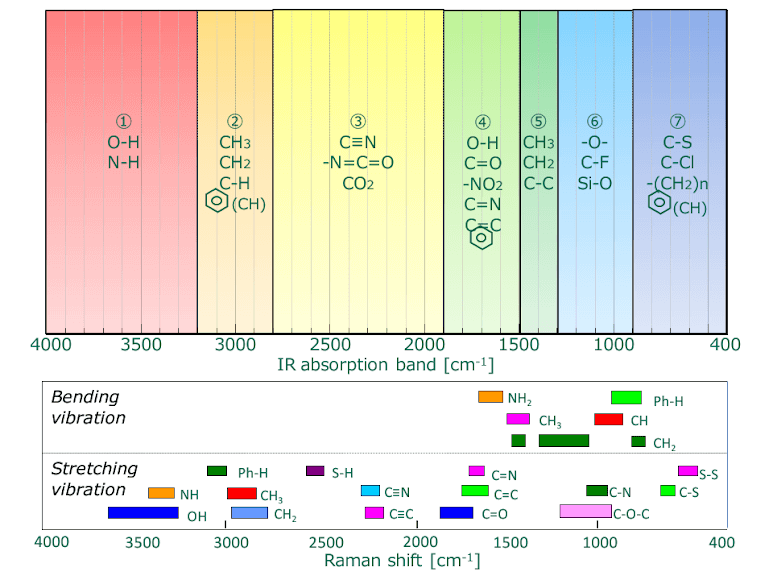 A comparison of IR transmission and Raman spectra for L-cystine is shown in Fig. 5. The intensity of the two spectra exhibit mirror symmetry, so IR and Raman spectra are often considered to be “complementary”. But they are different in the type of physical phenomenon they can measure. In IR measurements, the spectral intensity depends on the size of the dipole moment for vibration modes for bonds such as C=O and O-H. On the other hand, in Raman spectroscopy, the intensity depends on the degree of polarizability (electron volume) for vibration modes for bonds such as S-S, C-C, and CN. 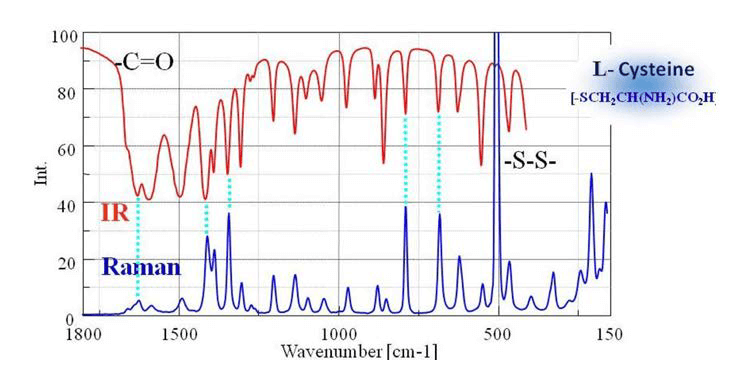