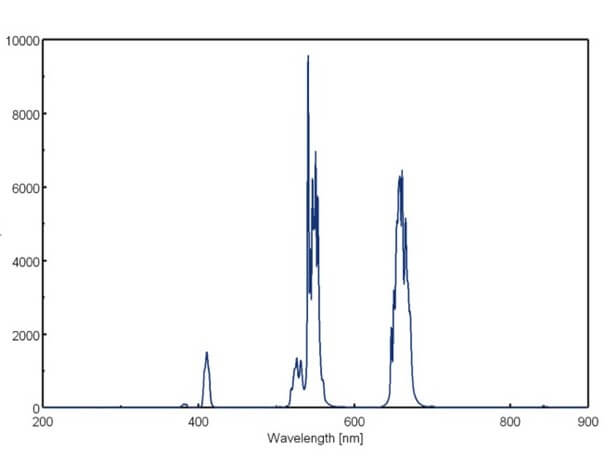 Human eyes cannot detect the light of the 980 nm laser, but while the up-conversion phosphor is illuminated with this laser, the irradiated sample area can be observed as a green spot. This phenomenon can be explained as the luminescence from the up-conversion phosphor when it was excited by the 980 nm laser which products emission in the visible range.

Evaluation of Crystallinity of Si for Solar Cell

The peak of monocrystal Silicon spectrum shifts to lower wavenumber side as crystallinity of Silicon becomes less with peak shape broader. Distribution of crystallinity was evaluated by peak position and half width in XY mapping measurement of surface of Polycrystalline Silicon. 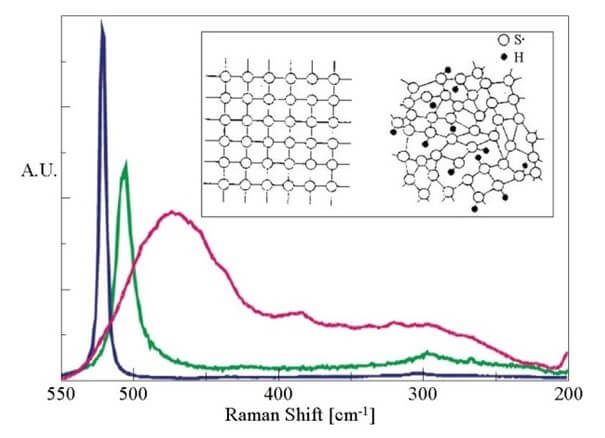 Si Peak Shift due to Crystallinity 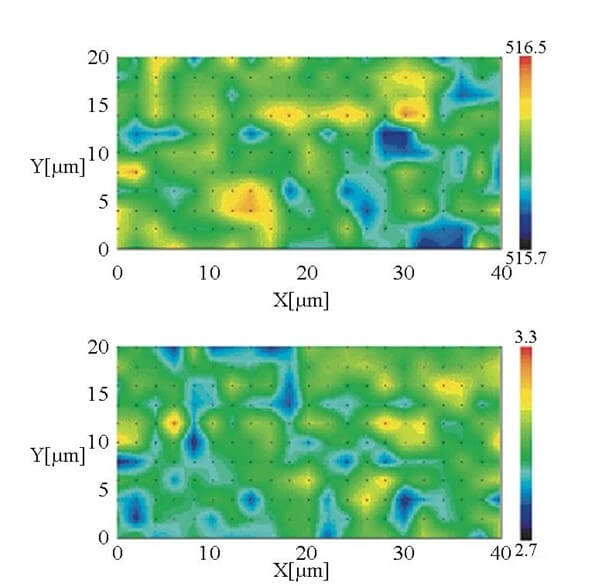 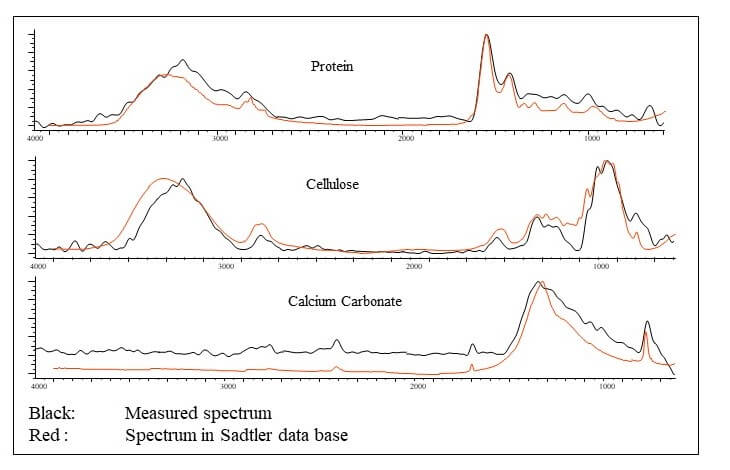 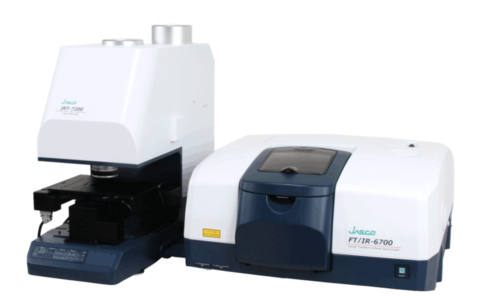