Potency testing is routine and boring, but cannabis and hemp companies rely on it for business decisions and financial security. As with most things in the cannabis and hemp space, the analytical services companies repurposed off the shelf technology for quick monetary gains with little thought to how the products would actually be used. For potency testing, simple C18 HPLC columns were pushed out into the marketplace with hasty application notes demonstrating efficacy. However, in practice, its not that simple. The C18 phase needs help to resolve the various cannabinoids and that help comes in the form of mobile phase additives like formic acid and ammonium formate. These additives are critical to the separation, identification, and quantitation companies need, but sublet changes in the amounts of these additives, either from an error by the technician or the evaporation of the solvents, can lead to erroneous results. What we will show in this poster is an analytical method for potency testing that does not require mobile phase additives. This will save time and money for analytical testing labs, reduce errors, and allow for extraction and manufacturing companies to add inhouse testing with reduced risk or need of a skilled chromatographer. The secondary goal is to show that this method transfer to prep scale without modification. If a company is using prep LC or flash LC, the incorporation of this stationary phase will simplify the purifications or THC remediation. 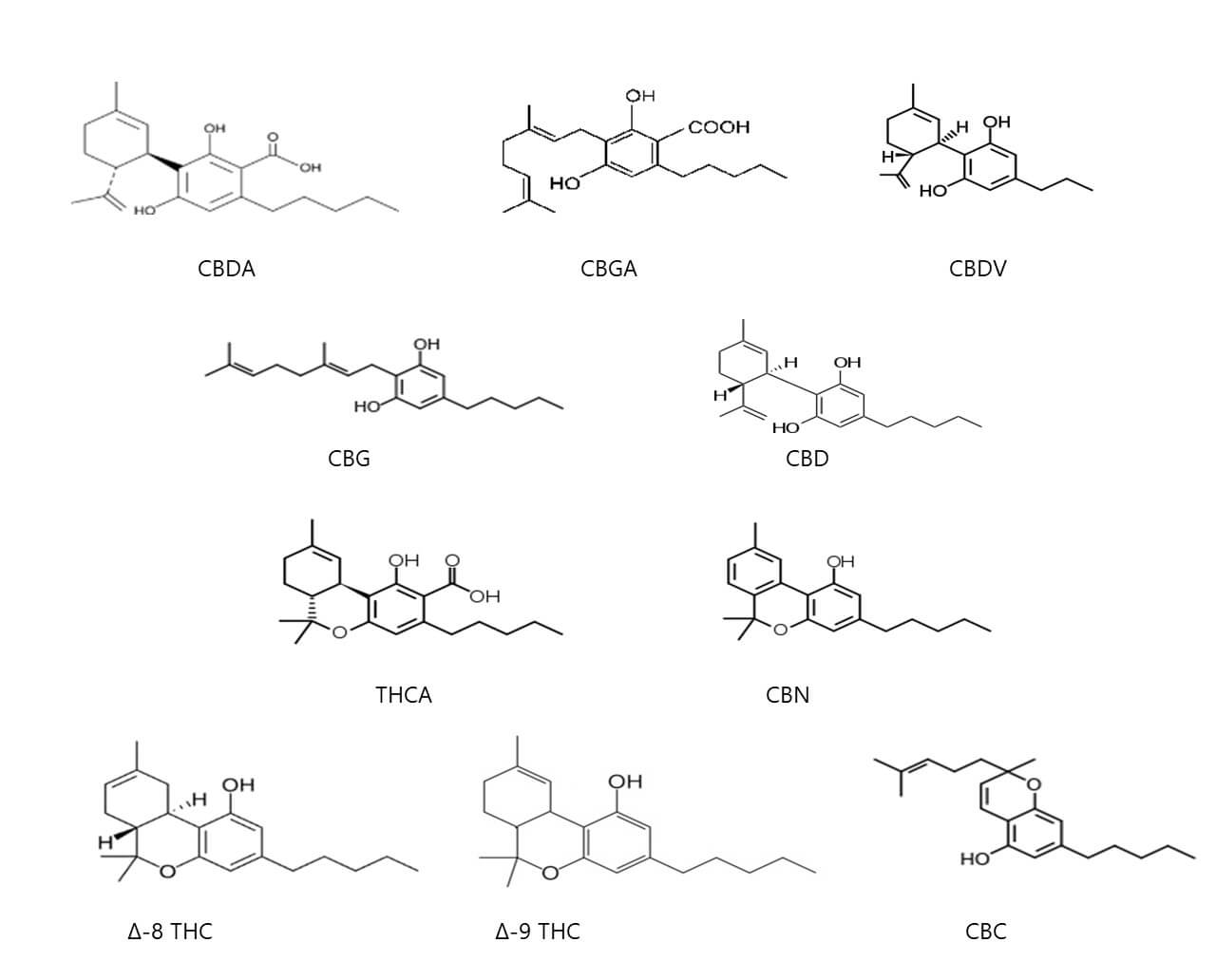 The 10 cannabinoids are separated and identified in less than 17 minutes as shown in Figure 2. This isocratic method included 0.1% TFA.

Figure 2. Chromatogram of the 10 cannabinoids

Figure 3 shows the additive free conditions provide good separation of the 8 cannabinoids, although it can be optimized further. It also allows for the easy scale up to Prep for purification of CBD or other cannabinoids. 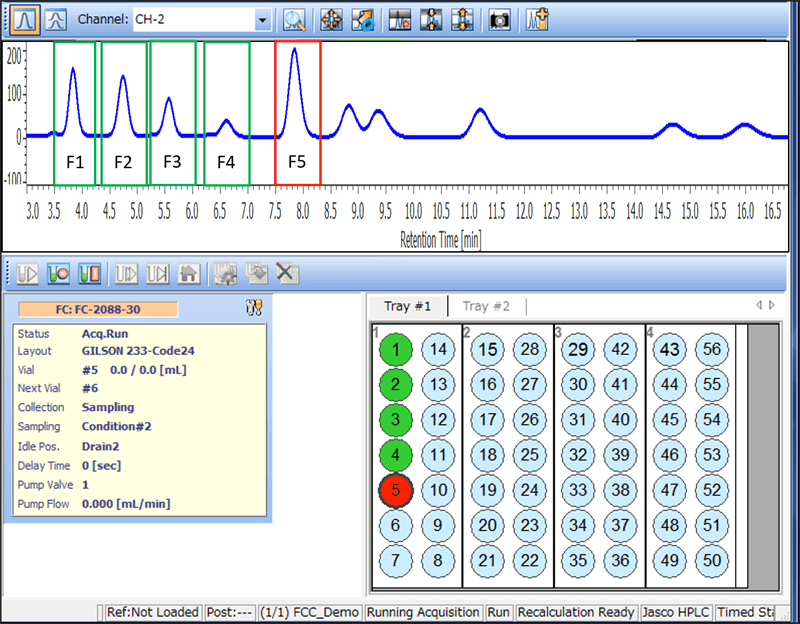 The preparative purification is shown in Figure 4. Multiple cannabinoids were collected for individual analysis for purity. The resulting fractions show 100% purity as shown in the fraction chromatogram in Figure 5. 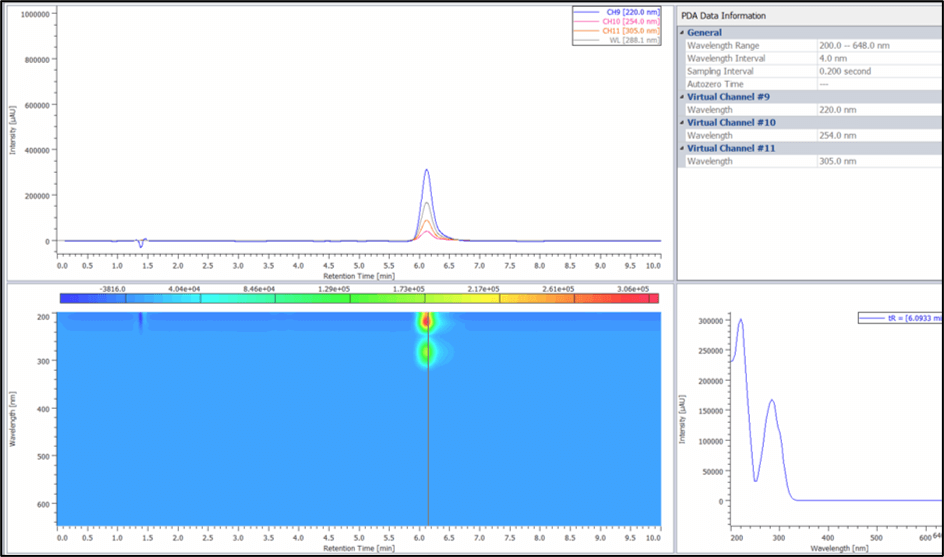 In the future we plan to add additional cannabinoids and further develop the separation without TFA. We will also optimize the TFA separation and incorporate a mass spectrometer to/ evaluate the possibility of running  terpenes.

And, special thanks to Alex Gulbrandsen and Hayden Dropik for their help in the lab.

This application was introduced in poster presentation at Emerald Conference 2020 in San Diego US.