Plastic string has the property of easily tearing in one direction, but with strength in the longitudinal direction. This is because stretching the fibers orients the molecular chains, resulting in increased physical strength in that direction. Similarly, the functions and properties of polymer materials such as films and chemical fibers are closely related to the molecular orientation. Non-contact, non-destructive evaluation of the orientation of polymers can be made to micron resolution using polarized Raman microscopy.

In this article, we discuss the results of orientation analysis of a polyethylene string using polarized measurement with a confocal Raman microscope fitted with IQ Frame. 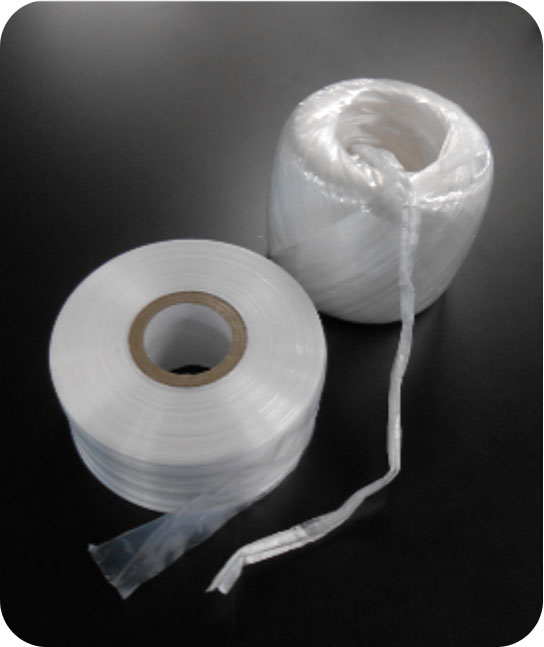 A polyethylene string was fixed on a metal plate and set in the IQ Frame. For measurement, the analyzer was placed so the sample was parallel to the polarization direction of the incident light (laser), and polarized Raman scatter parallel to the incident light was detected. The sample was rotated in 10º steps using the scale on the IQ Frame, and Raman spectra were obtained at each of the 36 points (total 360º) using the rotational alignment function of the IQ Frame.

After rotating the sample under the microscope, it is not easy to align it to exactly the same measurement position. The rotational alignment function mentioned in this application note uses the image matching technology of IQ Frame, and the measurement position can be aligned accurately and quickly even if the sample is rotated. It is especially effective when evaluating the orientation of a heterogeneous sample.

First, it could be confirmed from the observed image shown in Figure 4 that the same point could be measured at each angle. As a result of obtaining Raman spectra by rotating the polyethylene string by 360º, changes were observed in the peak of C-C skeletal vibration indicated by the arrow in the spectrum in Figure 3. The peak of C-C skeletal vibration is closely related to the degree of orientation. From the results in Figure 4 in which the peak intensities were plotted for each angle, it was confirmed that a figure-8 shaped intensity distribution with maxima at 0º and 180º were observed. 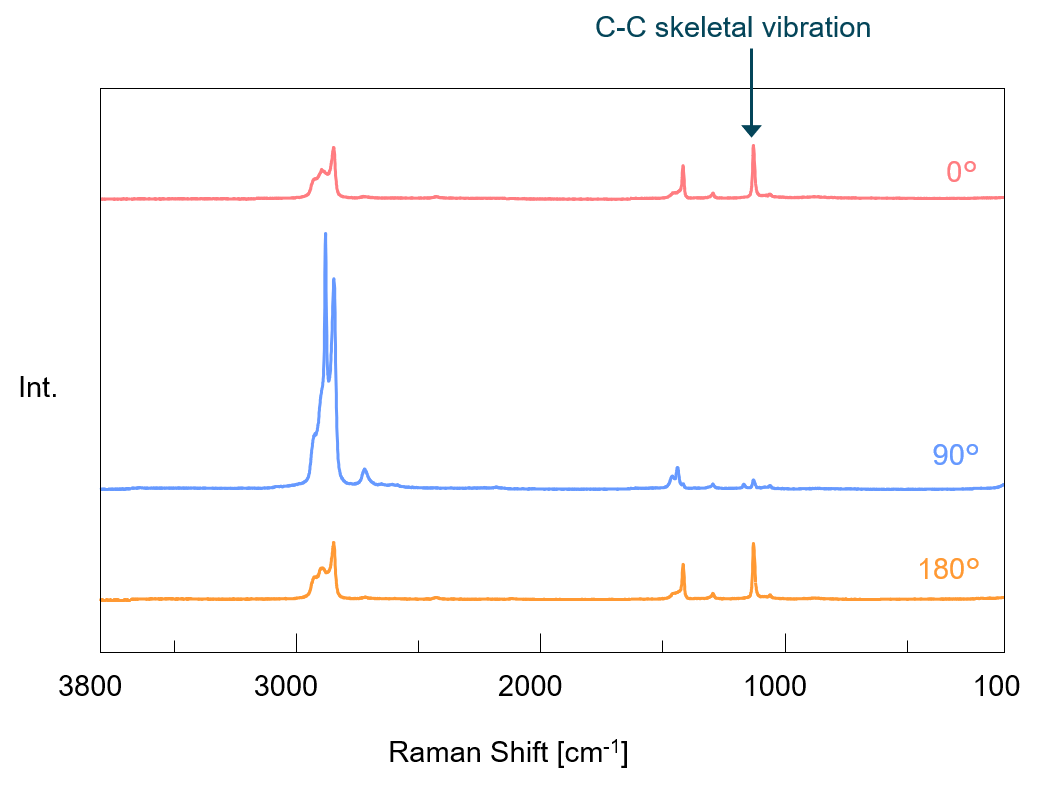 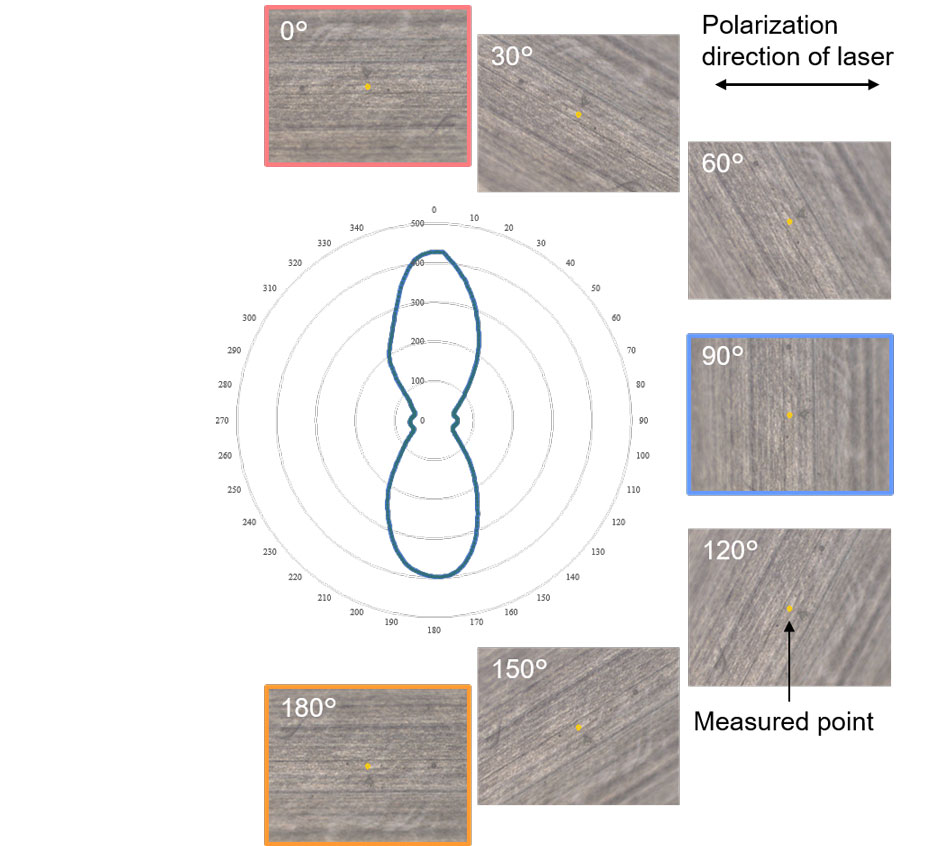 Therefore, it is suggested that this polyethylene string sample was strongly stretched uniaxially in the laser polarization direction (horizontal direction on the page) at 0º and 180º.

Combining the polarized Raman micro-spectrometer and the rotational alignment function of IQ Frame, the orientation state of the polyethylene string was evaluated accurately. This combination could also be used to accurately evaluate the orientation of a variety of other polymer films and fibers such as polyethylene terephthalate and polypropylene.