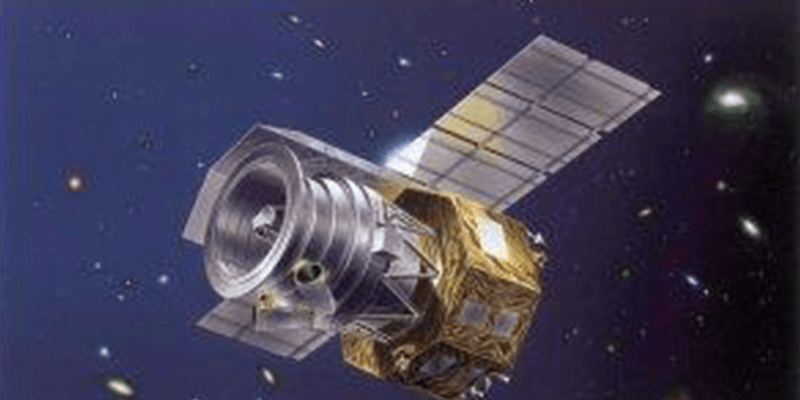 JASCO Corporation has received a letter of appreciation from JAXA (Japan Aerospace Exploration Agency) for our contribution about infrared spectrometer which is mounted to infrared astronomy (July 7, 2006).

AKARI (Previously known as ASTRO-F or IRIS – InfraRed Imaging Surveyor) is the second space mission for infrared astronomy in Japan. AKARI was developed by the members of JAXA/ISAS and collaborators. IRAS (Infrared Astronomical Satellite, launched in 1983 by the United Kingdom, the United States, and the Netherlands) carried out the first all-sky survey at infrared wavelengths and made a huge impact on astronomy. The AKARI mission was an ambitious plan to make an all-sky survey with much better sensitivity, spatial resolution and wider wavelength coverage than those of IRAS.AKARI had a 68.5cm telescope cooled down to 6K, and observed in the wavelength range from 1.7 (near-infrared) to 180 (far-infrared) micrometer. AKARI was successfully launched into space by a M-V rocket and it was placed in a sun-synchronous polar orbit at an altitude of approximately 750 km. After carrying out a large numbers of observations, the operation of the AKARI satellite was completed on November 24, 2011. 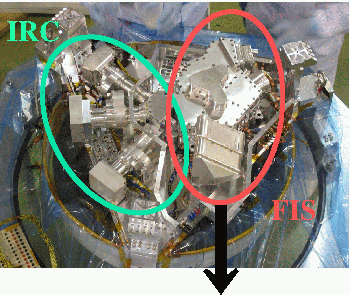 The FIS was the instrument chiefly intended to make an all-sky survey at far-infrared wavelengths. Two detectors of the FIS were photoconductors which used semiconductor crystal Ge:Ga, Germanium doped with Gallium. Stressed Ge:Ga chips were sensitive to far-infrared light of longer wavelength than normal ones. Each detector was used with filters. Therefore the FIS had effectively four observation bands.

JASCO has designed the optical system in Far-Infrared Surveyor. 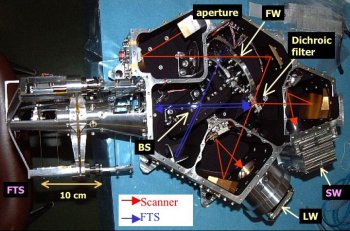 Observations with AKARI were performed in two attitude control modes; the survey mode and the pointing mode.

Survey mode was the basic observation mode of AKARI. The attitude of the satellite was always set so that the direction of the telescope was perpendicular to the directions of the Sun and the Earth. Therefore the telescope spun and scanned the sky along a great circle as the satellite went around the Earth. The direction of the Sun from the Earth rotated once in a year. Consequently, AKARI was able to make an all-sky survey in half a year in the survey mode.

Pointing mode was used in the case when an observer requested a long exposure or spectroscopy toward a fixed location. The telescope could not point in an arbitrary direction at any time, because the telescope could not look in the direction from which the light of the Sun and/or the Earth come. Due to this restriction, any exposure time was less than ten minutes for one observation.

The main objective of the ASTRO-F infrared astronomical mission is to make an all-sky survey at infrared wavelengths* with a sensitivity one order of magnitude better and resolution a few times higher than IRAS (Infrared Astronomical Satellite) which is the first infrared astronomical satellite launched in 1983. ASTRO-F will make a second generation survey which meets current astronomer’s expectations.
*Infrared ray is the generic name for electromagnetic waves which have wavelengths longer than visible light and shorter than radio waves. 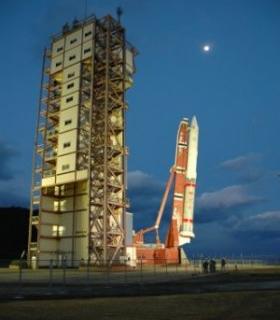