About 30% of pesticides currently used worldwide have chiral isomers with one or more chiral centers. It is well known that the enantiomers of chiral pesticides have different biological activities, toxicity on non-targeted organisms, metabolism rate, and biodegradation in the environment. Although it is desirable to use more effective and safe enantiomers, most chiral pesticides are marketed and used as racemates due to the complicated process and high cost of manufacturing a single enantiomer pesticide.

In general, chiral separation by HPLC, GC, and SFC has been one of the most important ways for the synthetic approach of an individual enantiomer. However, HPLC still dominates chromatographic chiral separation because of its ease of use. 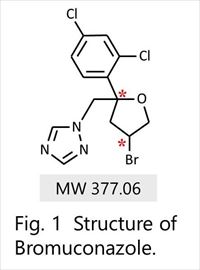 In this study, we developed the chiral separation method for pesticides by HPLC with circular dichroism detector (CD) and mass spectrometer (MS). The CD detector simultaneously provides the CD and UV signals, and enables identification of the CD polarity of each enantiomer selectively. MS spectra enable to distinguish between chiral isomers group with same m/z from other ingredients including impurities. Highly sensitive and comprehensive detection with UV, CD, and MS contributes to a widely applicable and highly accurate analysis for chiral separation in the efficient development of a single enantiomer pesticide. This chiral separation method and system is applicable to many industries that deal with chiral compounds. In this presentation, we will present the application to bromuconazole which is a type of triazole fungicide (Figure 1).

Figure 2 shows the appearance of JASCO LC-CD-MS system used in this experiment. Figure 3 also shows the schematic diagram of this system. The flow from a chiral column is divided into two channels, CD and MS detectors, by a splitter with a PEEK-coated capillary tube. CD detector provides the CD and UV signals simultaneously. This system enables to perform the method scouting analysis on mobile phases and columns. 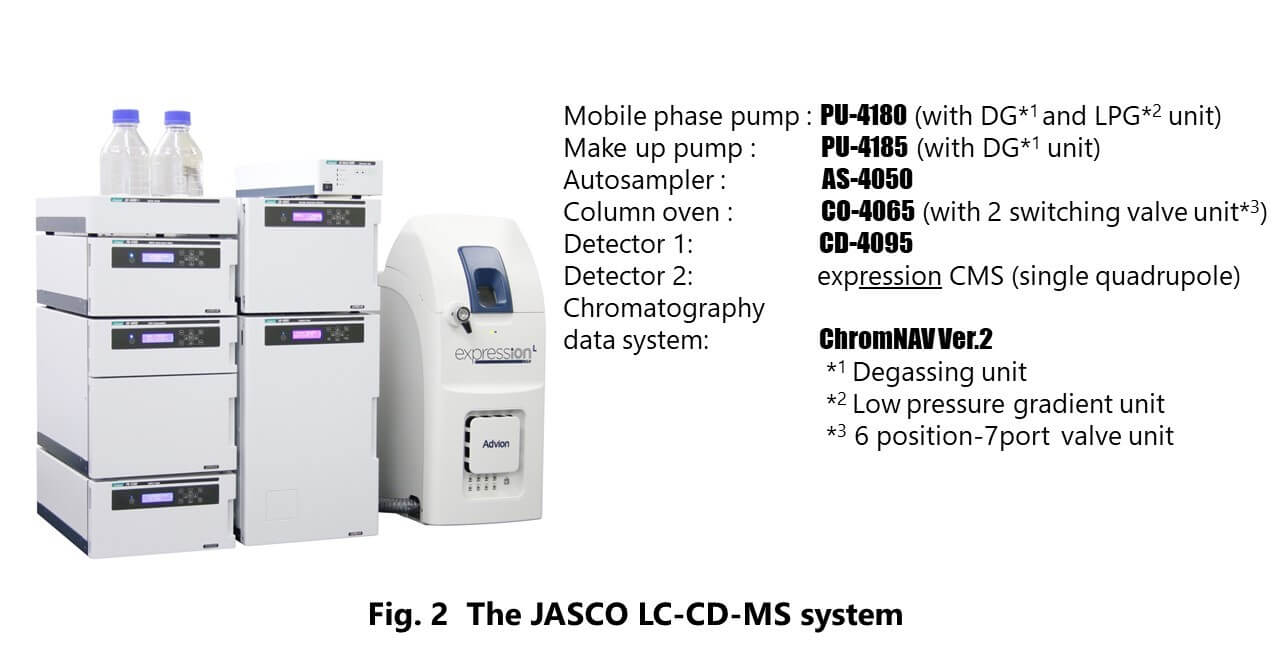 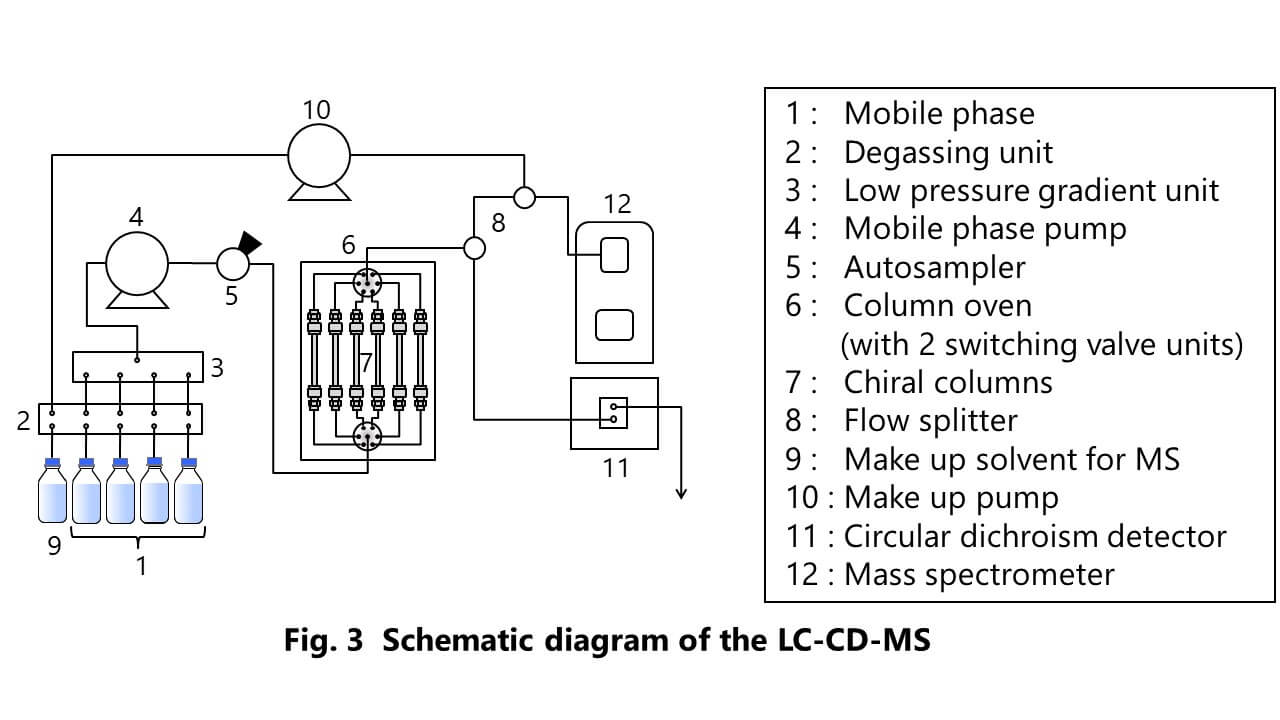 Results of Method Scouting on Mobile Phases and Columns

The racemic bromuconazole with 2 chiral centers can be separated into 4 isomers peaks by chiral columns. Figure 4 shows the picked results of method scouting analysis on mobile phases and columns. The best separation was observed with the combination of n-hexane/ethanol (90/10) and CHIRALPAK AS-H (highlighted in yellow). We used this separation condition in the following experiments. 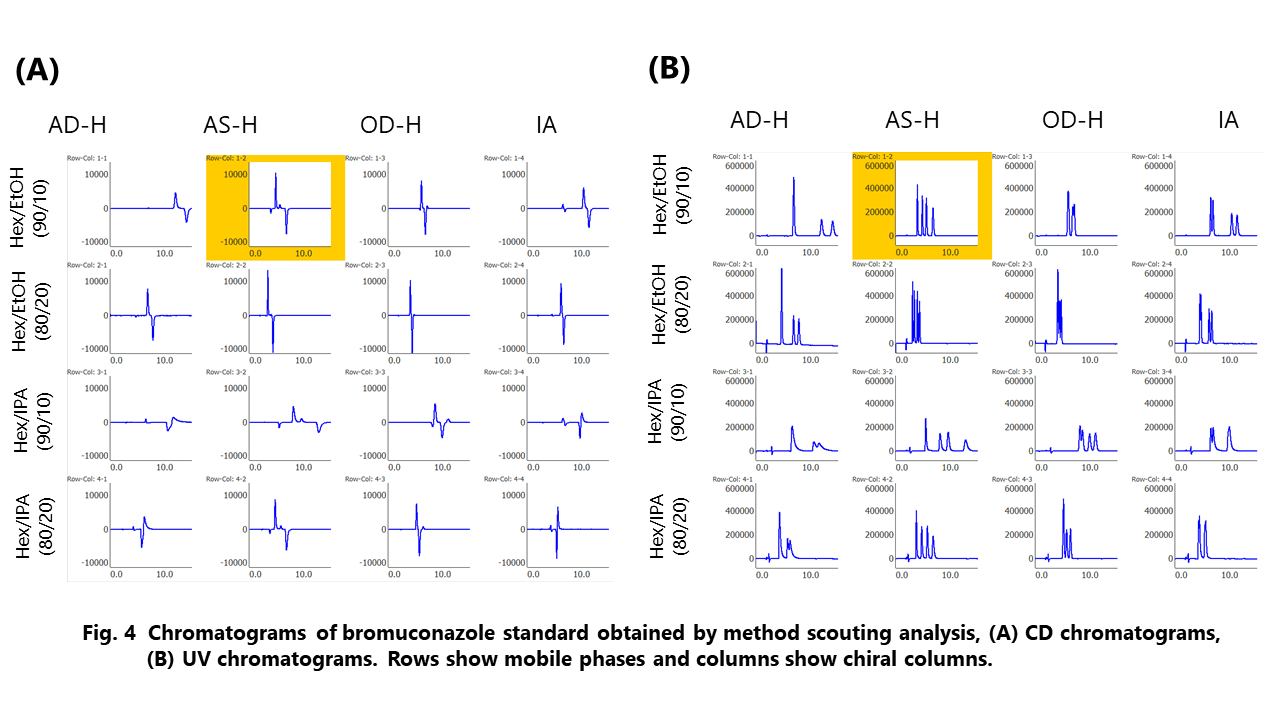 Figure 5 shows the results of bromuconazole standard spiked with two more pesticides, pirimicarb and triadimefon,  as contaminants detected by CD and MS detectors. Figure 5A shows the total ion chromatogram (TIC) from 100 to 600 m/z, extracted ion chromatogram (XIC) of m/z 378.1, CD chromatogram, and UV chromatogram. Figure 5B shows MS spectra of each peak described in Fig. 5A. As shown in this figure, we can discriminate bromuconazole isomers and other contaminants clearly. Bromuconazole isomers (peak 3 ~ 6) have similarities of the spectra pattern among them, and a protonated molecular ion ([M+H]+) was  observed at m/z 378.1 as a base peak on the spectra of each isomer peak.  Protonated molecular ions of pirimicarb and triadimefon are also observed at m/z 239.2 (peak1)  and m/z 294.2 (peak2). Figure 5C shows the stopped-flow scanned spectra of CD and UV for bromuconazole peaks (peak 3 ~ 6). According to the CD information in Fig. 5A and Fig. 5C, peak 3 and 5 of bromuconazole isomers are estimated to be an enantiomeric pair from their CD polarity and maximum wavelength. Peak 4 and 6 are also the same. Furthermore, peak 2 of CD chromatogram in Fig. 5A indicates the possibility that can be separated to each enantiomer of triadimefon.

In this way, comprehensive detection by CD and MS detectors is useful to identify the target chiral isomers group and other contaminants on chiral separation. 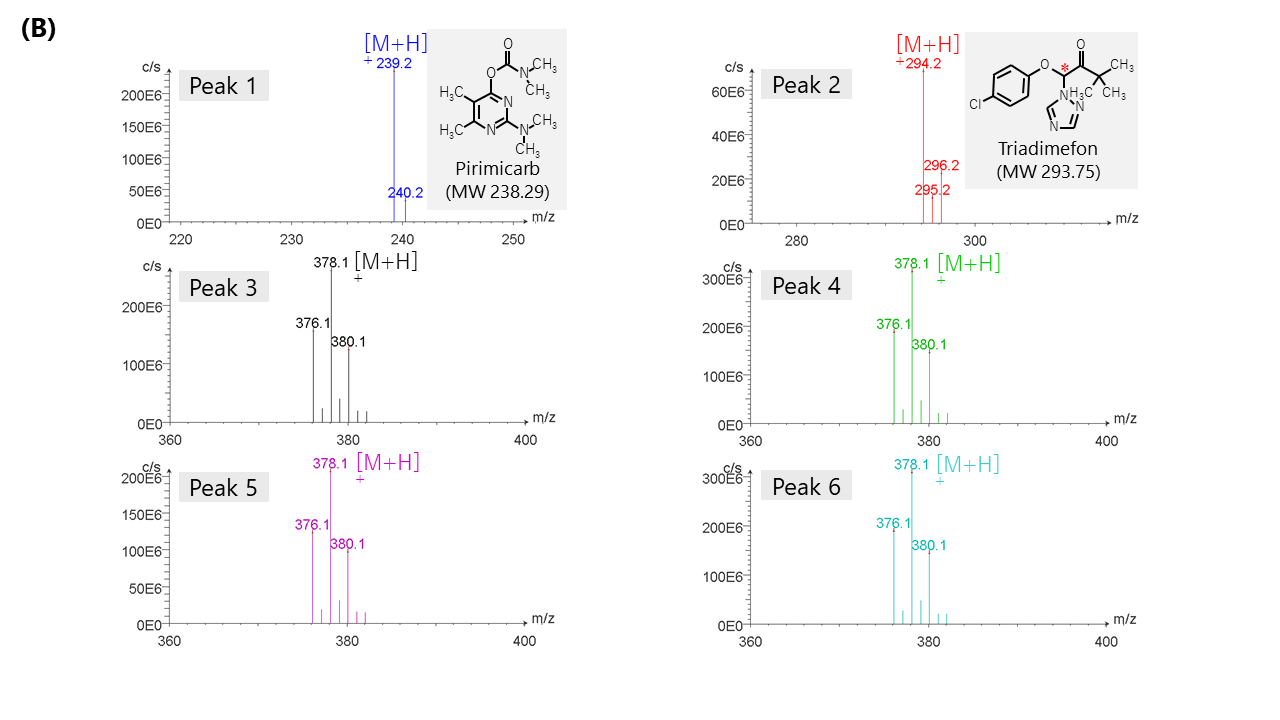 Figure 6 shows the overlaid chromatograms of SIM (Single Ion Monitoring) at m/z  378.1, CD, and UV of bromuconazole standards (2.5, 12.5, and 25 µg/mL of  enantiomeric concentration). Table 1 shows the linearity, reproducibility of retention time and peak area, and detection limit of bromuconazole enantiomers (The concentrations indicate enantiomeric ones) . As shown in these results, widely linear dynamic ranges and highly sensitive detections were obtained, especially in SIM  chromatogram. 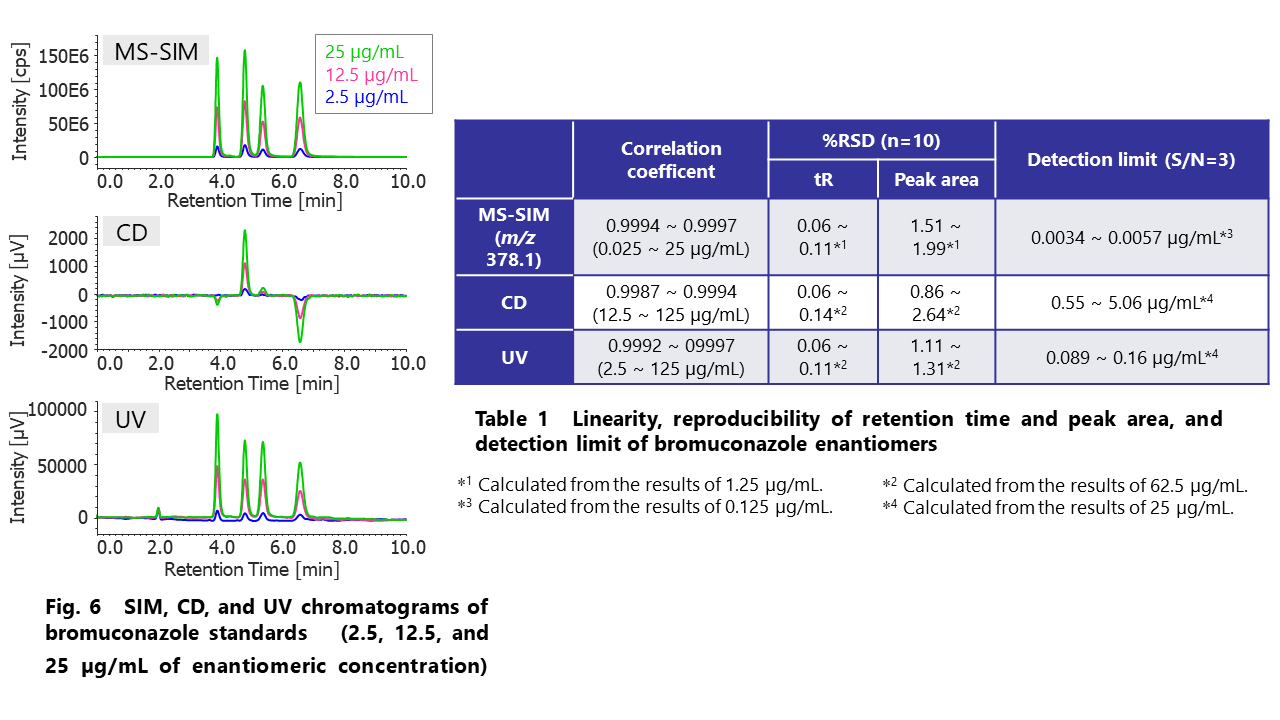 – We developed the chiral separation method for pesticides by HPLC with CD and MS detectors.
– The detections by TIC, CD, and UV enable to identify the target chiral isomers group and other contaminants on chiral separation clearly.
– Widely dynamic ranges and highly sensitivities for each bromuconazole enantiomer were obtained, especially in SIM chromatogram.
– This system is applicable to many industries that deal with chiral compounds.