MCT (HgCdTe) detector usually used for infrared microscopes has an advantage of high sensitivity, but on the other hand, disadvantages are that it requires cooling with liquid nitrogen and it can not measure up to low wavenumbers. On the other hand, TGS (Triglycine sulfate) detector usually used for FTIR can be operated at room temperature with wide measurement wavenumber range, but to measure microscopic area, enhancement of  sensitivity is a problem. To date, JASCO has provided TGS detectors with high sensitivity for infrared microscopes, we developed a TGS detector for micro region measurement with even higher sensitivity this time. By installing this TGS detector in the FTIR, micro sample of 100 μm x 100 μm or less can be measured even by a small infrared microscope IRT-1000 that can be installed in the sample chamber. The TGS detector not needs liquid nitrogen, and it corresponds to the measurement in the lower wavenumber range than the MCT detector.

In the report, the measurement of minute matter using IRT-1000 and TGS detector for micro region measurement was introduced. 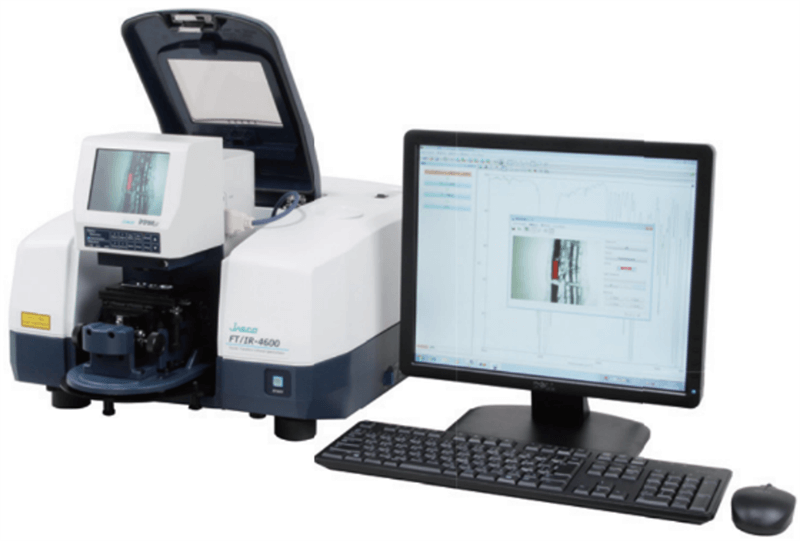 Good spectrum could be measured in microscopic region of 100 μm x 100 μm by using TGS detector for micro region measurement. In addition, the peak near 540 cm-1 (black arrow in figure 1) attributed to the ring bending vibration of benzene ring, which can not be measured by the MCT detector, was measured.

Measurement of minute foreign matter in multilayer film
The cross section of the multilayer film was cut with an angle variable type slicer and measured by the KBr plate method.

As a result of the measurement, three kinds of spectra were obtained: polyethylene and PET of multilayer film components, and foreign matter mixed in polyethylene layer (Figure 2).

A difference spectrum between foreign matter and polyethylene was taken and a database search was conducted. As a result, it turned out that the foreign substance was cellulose. 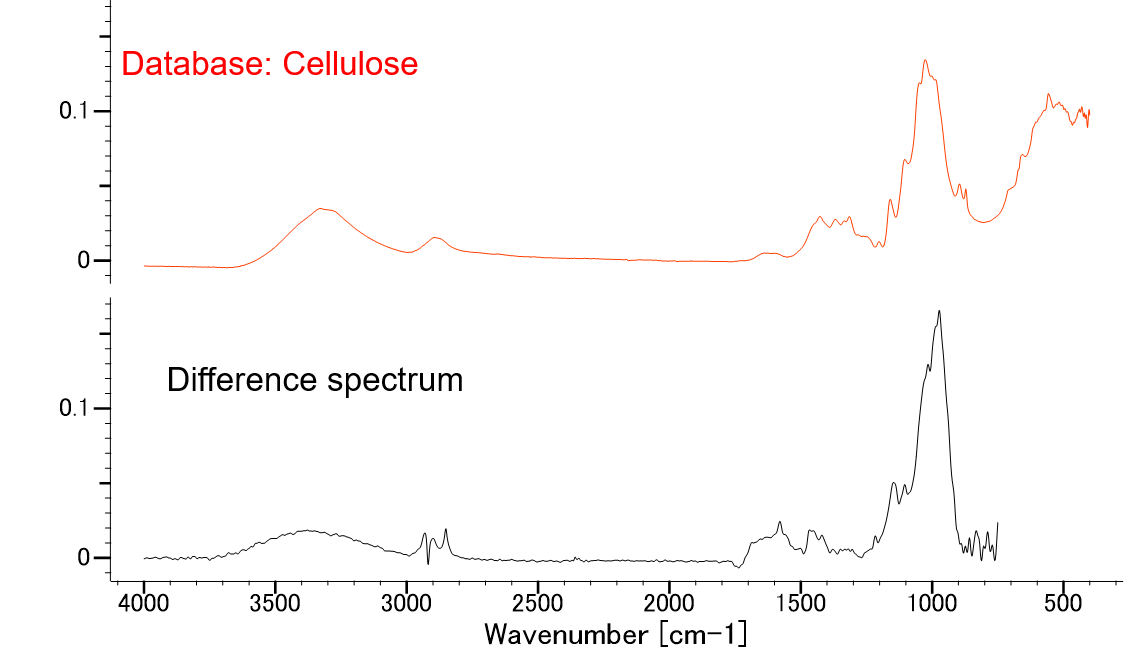