The data obtained from the program can be processed using both the Spectrum Analysis and Interval Analysis programs, which can illustrate the data as a 3-D graphical representation. Secondary structure analysis and the calculation of the protein’s thermodynamic parameters can be made using the optional Thermal Denaturation Analysis and Protein Secondary Structure Estimation (SSE) programs.

This application note demonstrates the Temperature/ Wavelength Scan program for both circular dichroism and fluorescence using a lysozyme protein sample. 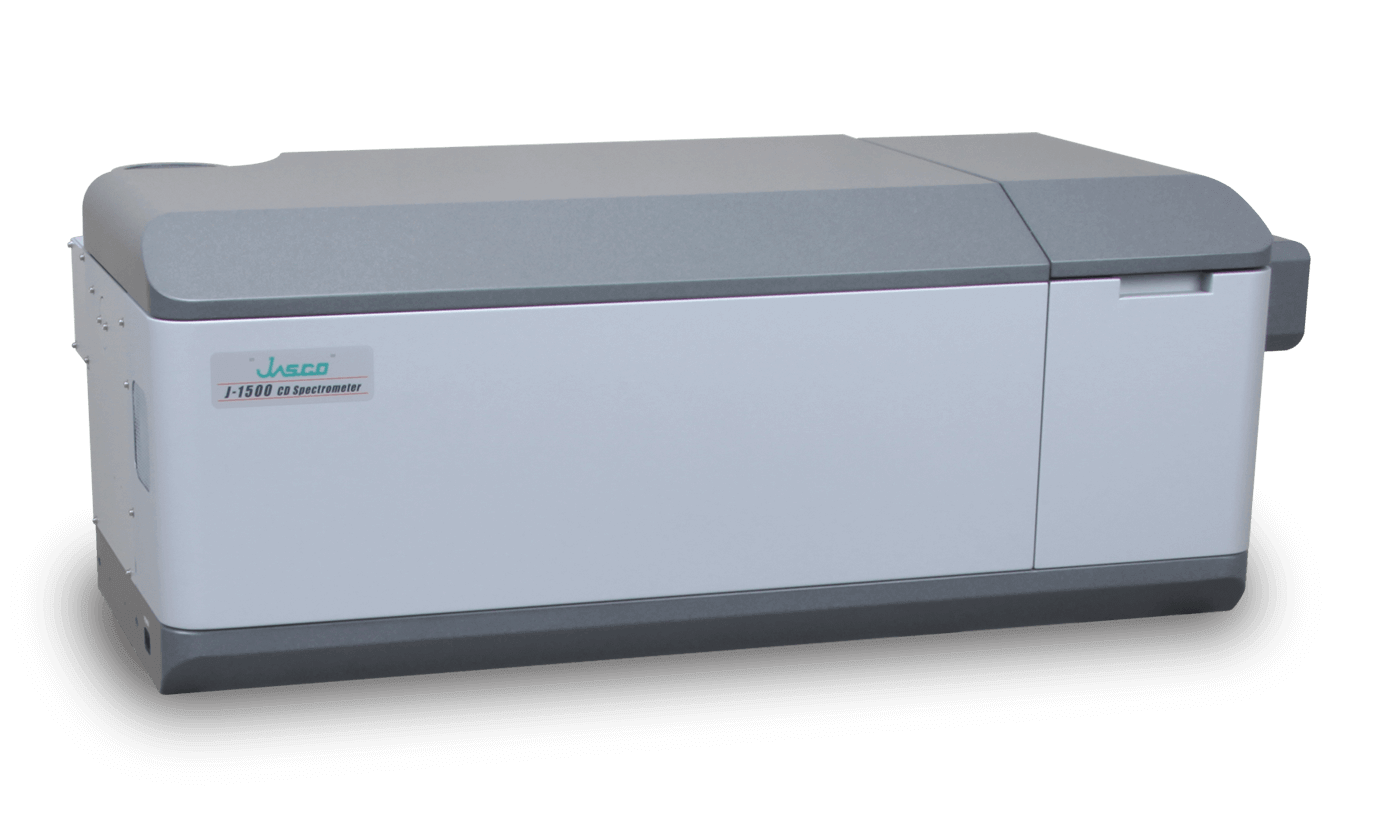 This application note demonstrates that the J-1500 CD spectrometer can be used to not only measure CD spectra, but also fluorescence spectra during the same measurement process. The Spectrum Analysis and Interval Analysis programs all for the user to either scan a particular region of either the CD or fluorescence spectrum, or to monitor a particular wavelength. The Thermal Denaturation Analysis and Protein SSE programs can also obtain melting temperatures and secondary structure percentages for the protein sample, respectively.