Raman spectroscopy is widely used for the evaluation of carbon materials, and can be applied to analysis of single-walled carbon nanotube(SWNT) in order to obtain useful information on carbon nanotube. 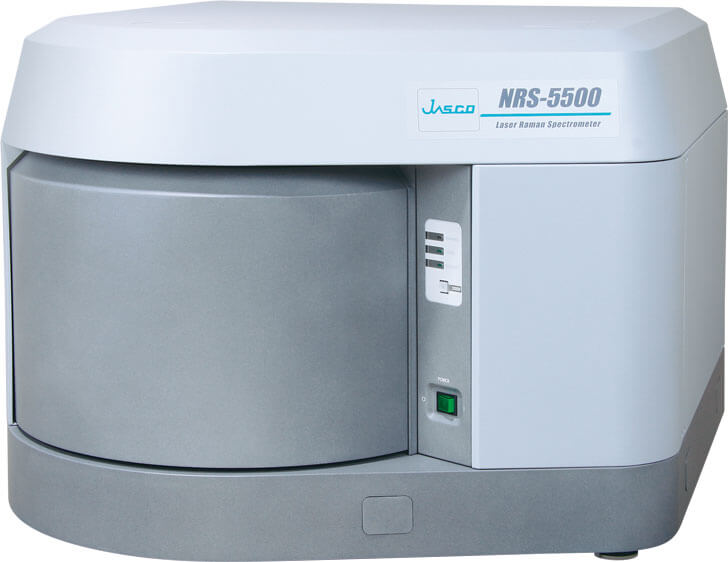 Figure 1 shows Raman spectra of two SWNTs with different synthesis method (Sample A and B). 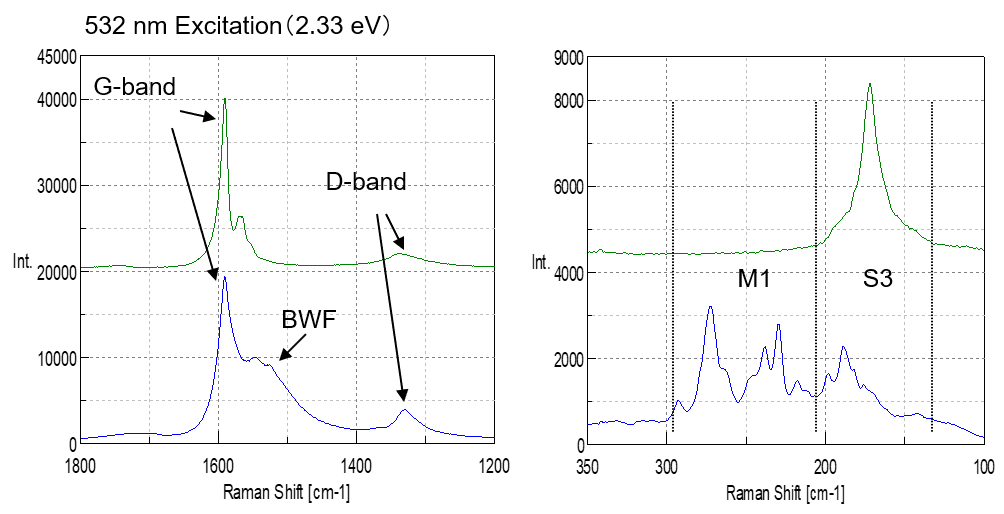 In Raman spectra, three specific bands are seen. G-band observed around 1600cm-1 corresponds to vibrational mode assigned to graphite. In metal SWNT, BWF (Breit-Wigner-Fano) type spectrum is observed in the lower wavenumber range of G-band. D-band which attributes to defect is often utilized in the evaluation of crystallization. In addition, the band appearing in the low wavenumber region corresponds to the mode called RBM (Radial Breathing Mode), which correlates nanotube stretching diametrically. The peak position is inversely proportional to the tube diameter.

Using Resonance Raman Scattering, SWNT measurement can be done selectively for specific chirality and tube radius, depending on the excitation wavelength.  Therefore, the shape of Raman spectra changes drastically depending on the selected excitation wavelength.  It is assumed that 532 nm excitation is mainly in resonance with metallic SWNT, 633 nm with both metallic and semiconducting SWNT, and 785 nm with semiconductor SWNT respectively.