In the semiconductor industry, infrared spectroscopy is widely used for routine analysis such as in the quantitation of impurities like oxygen and carbon, characterization of insulator films and thickness measurement of epitaxial films. There are a number of analytical methods that can be used , with transmission measurement being the most popular. However since silicon wafers have high reflectance, the light used for measurement can be reflected back to interferometer, resulting in noise in the infrared spectrum. Variable-angle transmittance measurement attachment can be used for challenging samples with strong reflectance. Changes in the incident angle blocks the reflection of the light into the interferometer. Also, the noise due to water vapor can be drastically reduced with small changes in the incident angle from 10 to 20 degrees.

Figure 1 shows the transmission spectrum of SiO2 film and Si substrate under 0 degree incident angle condition. The vapor noise cannot be eliminated by spectral subtraction even based on Si substrate as reference. 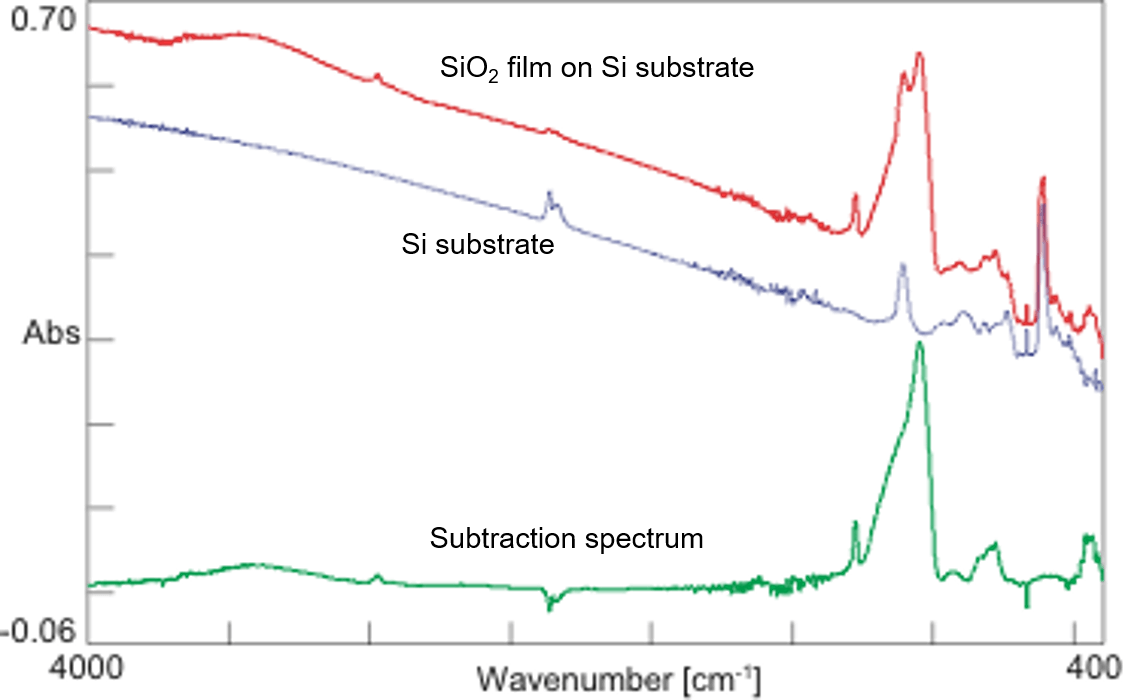 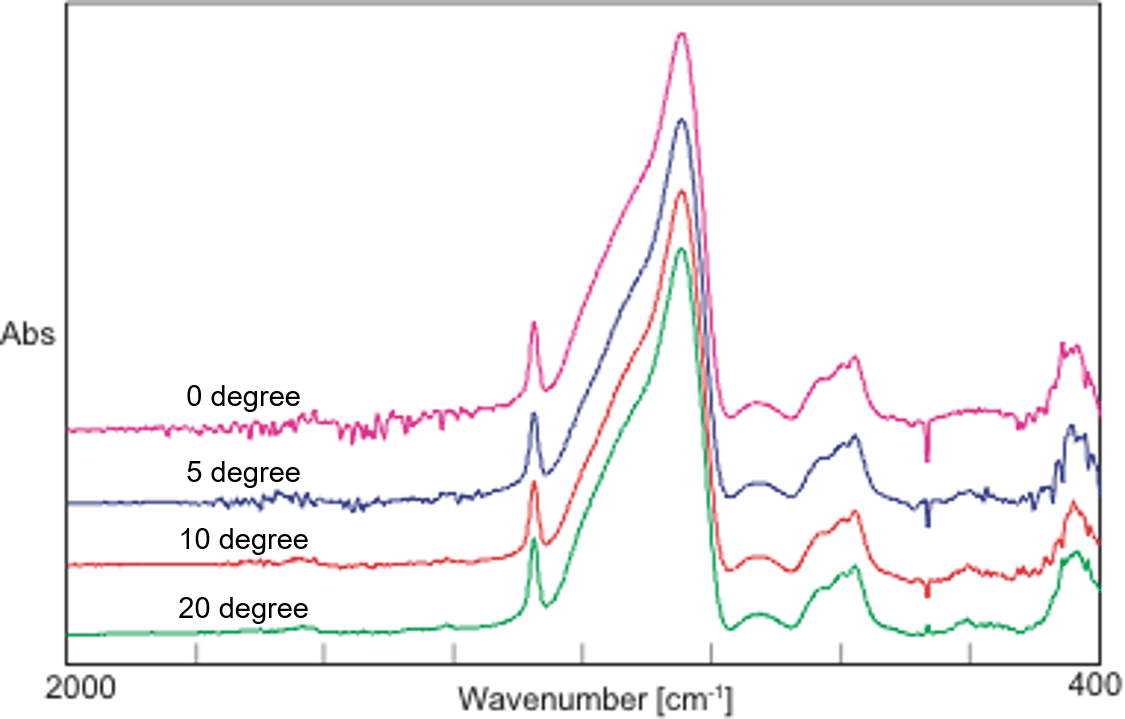 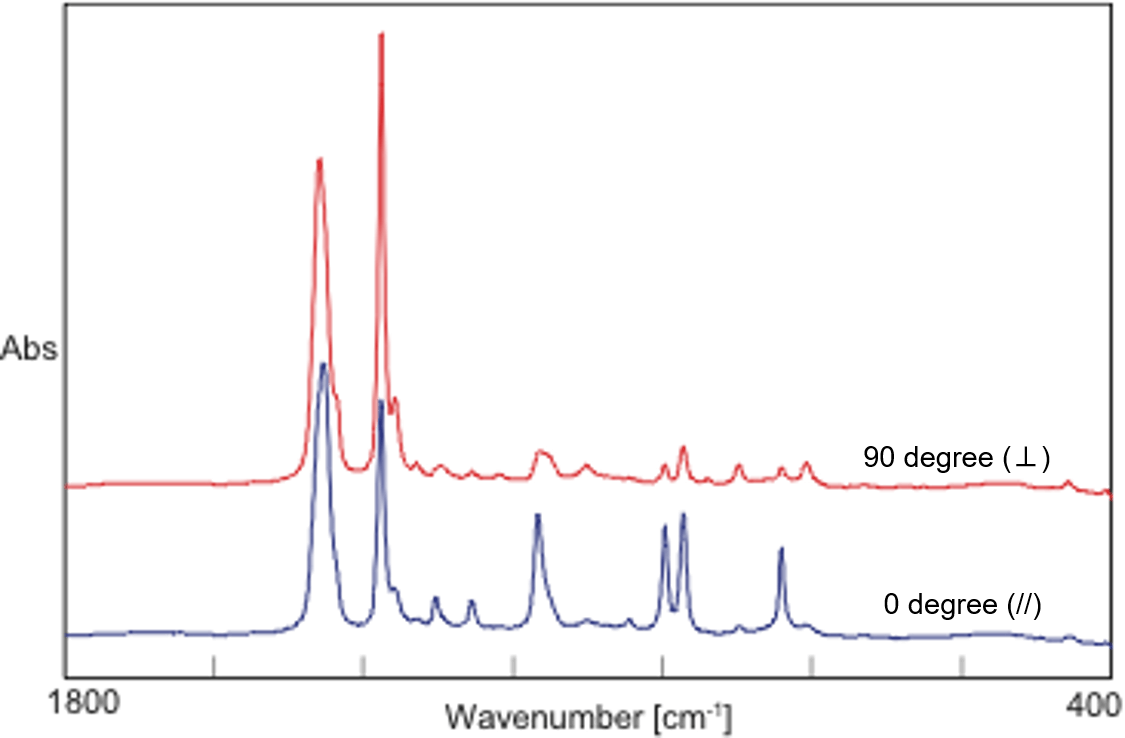 Using the rotatable sample holder, the orientation of a sample with unknown orientation can be confirmed. In this article, measurements with different angles from 0 and 90 degree confirmed that the main axis of this sample was oriented in 0 degree direction, and this polypropylene is isotactic. In addition, the large difference in absorption at 1168cm-1 and 998 cm-1 is due to crystallization and isotactic helical structure, which can be utilized to determine the degree of crystallization.