DNA aptamers are short DNA molecules that bind to a specific molecule. Since they can be produced by chemical synthesis and have high specificity to their target molecules, they have been attracting attention as the next-generation ligands for pharmaceutical and biosensing applications. Metal ions are required for the thermodynamic stability of DNA structure, and the changes in the type and concentration of metal ions cause changes in DNA structure. It is therefore important to evaluate how these metal ions effect the structure of DNA aptamers.

G4 tertiary structure Four guanine bases can associate to form a square planer structure called G-quartet, and two or more G-quartets can stack on each other to form a G4 structure. G4 is known to have three types of tertiary structure: parallel, hybrid, and anti-parallel (Figure 1). It is also known that the structure of a G4 changes between these three structures and the mixture of them depending on the type or concentration of metal ions. 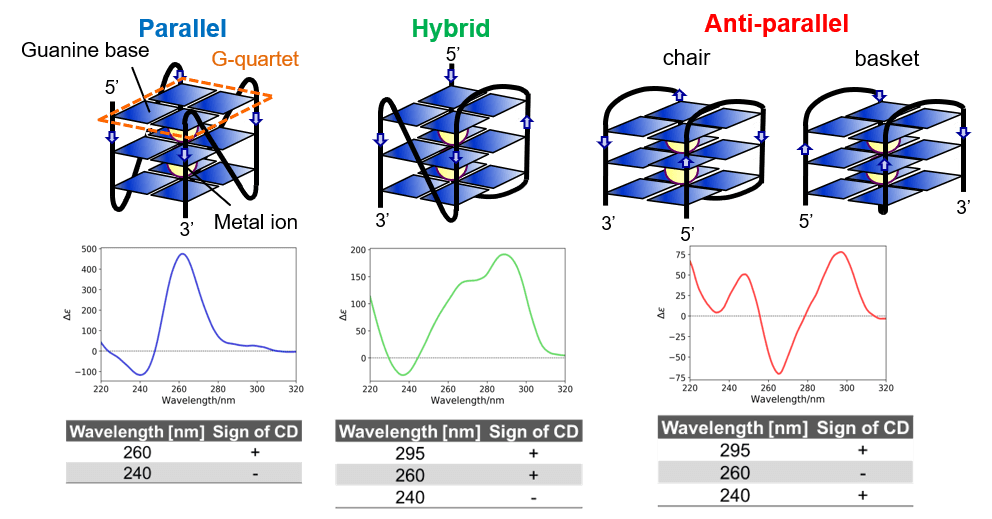 Figure 1. Types of G4 tertiary structures and their CD spectra.

Sample
In this application note, the results of one of the eight aptamers measured are shown. T-SO606 1) (5’-GGGTCGGCTGTCCGTGGGTGGGGA-3’) was prepared in 10 mM Tris-HCl at pH 7.4 with following different salt concentrations.

The final concentration of T-SO606 was adjusted to 20 μM.

Analysis
Tertiary structure of T-SO606 was estimated from the CD spectra using the PCA method. 24 reference CD spectra of G4 structures (Figure 3A) were used to create a PCA score plot shown in Figure 3B. The 23 spectra2) of the reference spectra were kindly provided by Dr. Rafael del Villar-Guerra and Prof. Jonathan B. Chaires and the other one was 2KYP3). The score plot was created using 5 principle components and processed by normalizing and centering the data. 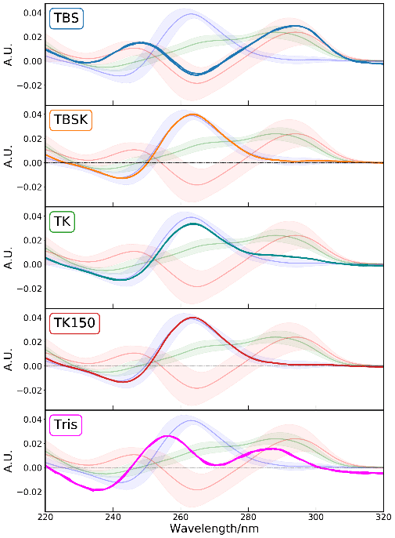 Figure 4. CD spectra of T-SO606 under five buffer conditions. The spectrum which is drawn with a lighter color in the background and the colored area around the spectrum indicate the average spectrum of each structure and its 2σ limit. Blue, green and red color indicate parallel, hybrid and anti-parallel respectively. 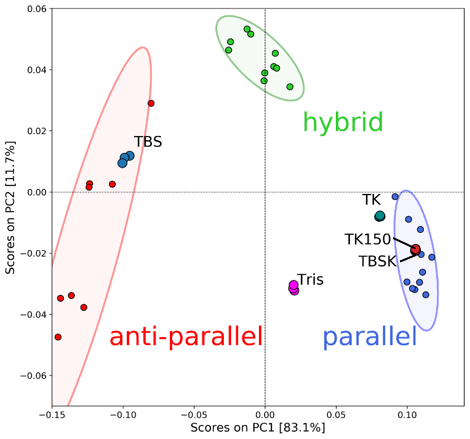 CD spectra of 125 specimen were effectively measured using the JASCO HTCD system, and the structure of G4 aptamers were quantitatively analyzed using the PCA method. This application note demonstrates that HTCD system can achieve automated measurements of a large number of specimen and therefore is effective for comprehensive investigation of structural feature of G4 aptamers as well as other biomolecules.

This application was developed under the guidance of Dr. Kaori Tsukakoshi and Prof. Kazunori Ikebukuro of Tokyo University of Agriculture and Technology.