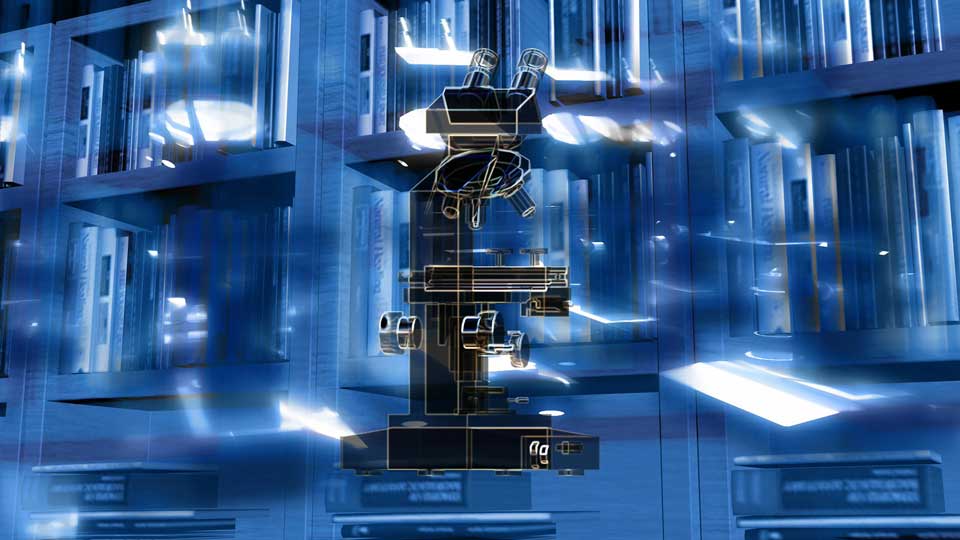 Microspectroscopy is a general term for techniques that utilize a combination of optical microscopy and molecular spectroscopy. Homogeneous samples can be simply analyzed by absorption spectroscopy, for example ultraviolet-visible spectroscopy. However, in the case of complex heterogeneous systems such as cells and biological tissues, it is necessary to combine spectroscopic methods in addition to performing microscopic observations of particular regions. Microspectroscopy has dramatically expanded the possibilities for analysis of samples with heterogeneous structures. In such techniques, an optical microscope is used to capture an image of the sample based on contrast due to absorption, scattering, or diffraction of visible light. Spectroscopic measurements of microscopic regions of a sample provides information about the spatial distribution of molecules in the sample. For example, one of the earliest reports on microspectroscopy is the cytological study by the Swedish scientist T. Caspersson in the 1930s. The cytogenetic achievements of microspectroscopy include the identification of DNA as a macromolecule and chromosome staining, called “G banding”.

Figure 1 shows an example of a setup used in a visible microspectrometer, using transmission observation of a sample in the upright optical microscope. In this configuration light is introduced beneath the sample stage. The light source is used both to produce an image and to allow spectroscopic measurements, and two objective lenses are used for illuminating and observing the sample. The light then goes through the sample at the focal point of both the bottom objective (condenser) and the microscope objective. This light is sent to a CCD camera for a visible image. A retractable mirror then steers the light into a spectrometer that that separates the wavelengths onto a detector. The visible image and the spectral image can then be overlayed in the software to give a chemical map of the samples. 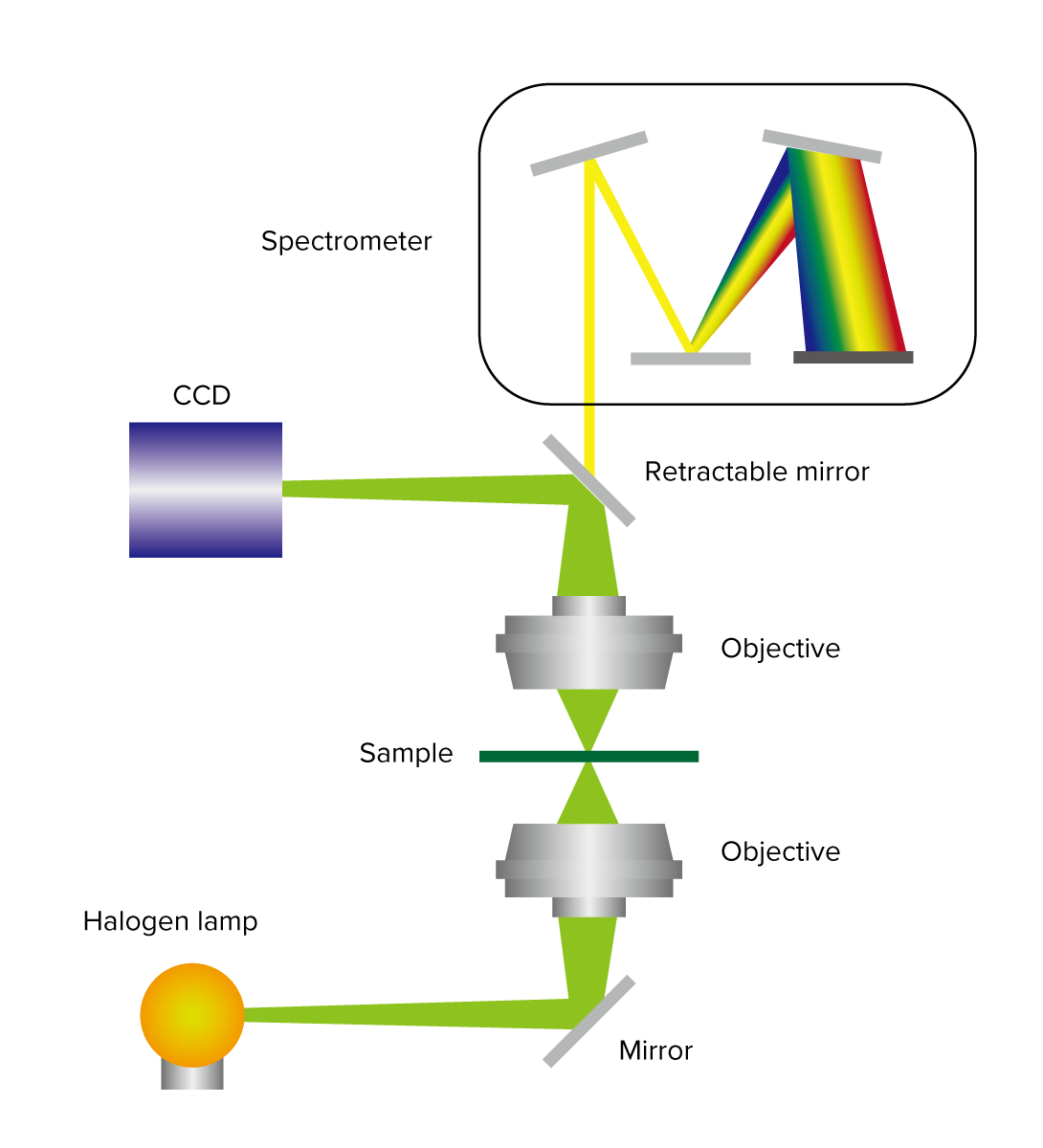