Cannabinoid is a generic term of chemical substances contained in cannabis plants. Tetrahydrocannabinol (THC), cannabinol (CBN), and cannabidiol (CBD) are major components in the cannabinoid, and especially THC, which is also the main component of marijuana, has been strictly regulated all over the world due to the highly psychoactive. However, recently it has begun to be legalized as medical cannabis from the view point of humanitarian use in the United States, Canada, and some European countries. 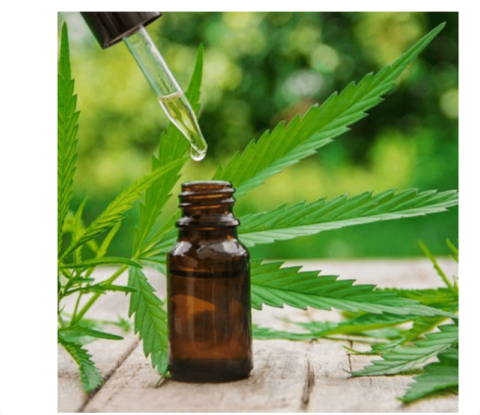 CBD has not psychological effects, abuse, dependence, and tolerance so that it is also expected to apply to widely medical treatments. It may have possibilities of treatment effects for various diseases such as Alzheimer’s disease, Parkinson’s disease, pain, psychosis, depression, inflammatory diseases, etc. CBD is not regulated by international regulations, and CBD product has been already approved as an effective medicine for refractory epilepsy in the United States. In Cannabis Control Law of Japan, the use of leaves, flowers, and roots from cannabis plants is banned because those parts contains a lot of THC. Seeds and stems are out of regulation so that CBD products extracted from these parts are legal.

Although CBD oil (for relaxing effect) and CBD cream (for inflammation suppression and moisturizing effect) are distributed in the market as health foods and beauty products in Japan, the concentrations of CBD are quite different depending on the products. In addition, there are some reports that the illegal THC was detected in an imported CBD oil. Therefore, it’s important to establish the analytical method for quality control of these products. It is known that CBD changes to THC and its stereoisomers under acid condition. CBD exists as an (-)-CBD in nature, but there are some reports that (+)-body has higher activity as an anticonvulsant than that of (-)-body. The products contained (-)-CBD may be marketed in the future. In this presentation, we have investigated the analytical method for some cannabinoids in CBD products using Supercritical fluid chromatography (SFC) system with mass spectrometer (MS) and circular dichroism (CD) detector. The combination of MS and CD detector allowed universal detection for cannabinoids and specific detection for their stereoisomers.

Figure 1 shows the appearance and schematic diagram of JASCO SFC-CD-MS system. In this experiment, a photodiode array (PDA) detector was added upstream of the CD detector. This system enables to perform the method scouting analysis on mobile phases and columns. 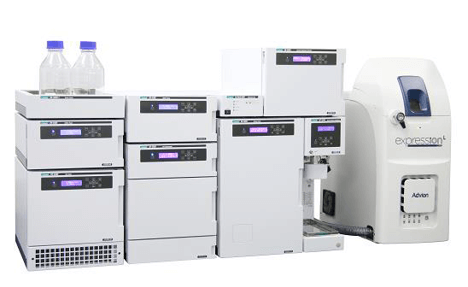 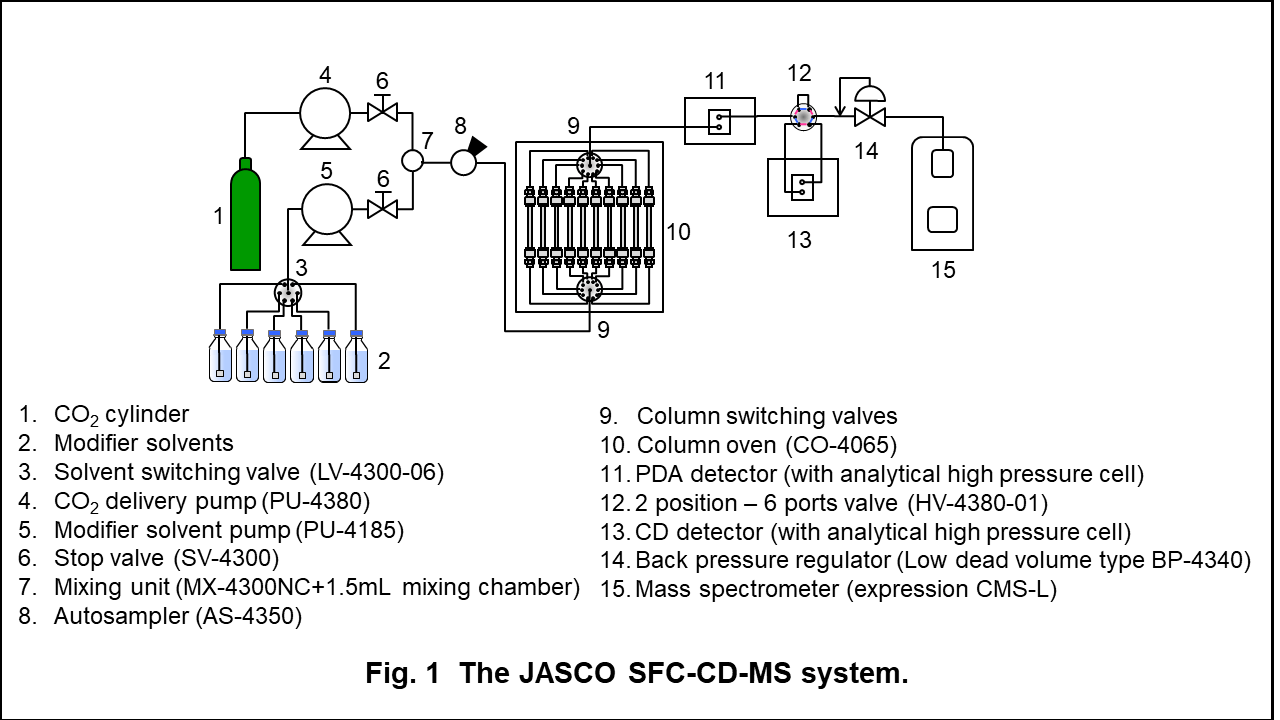 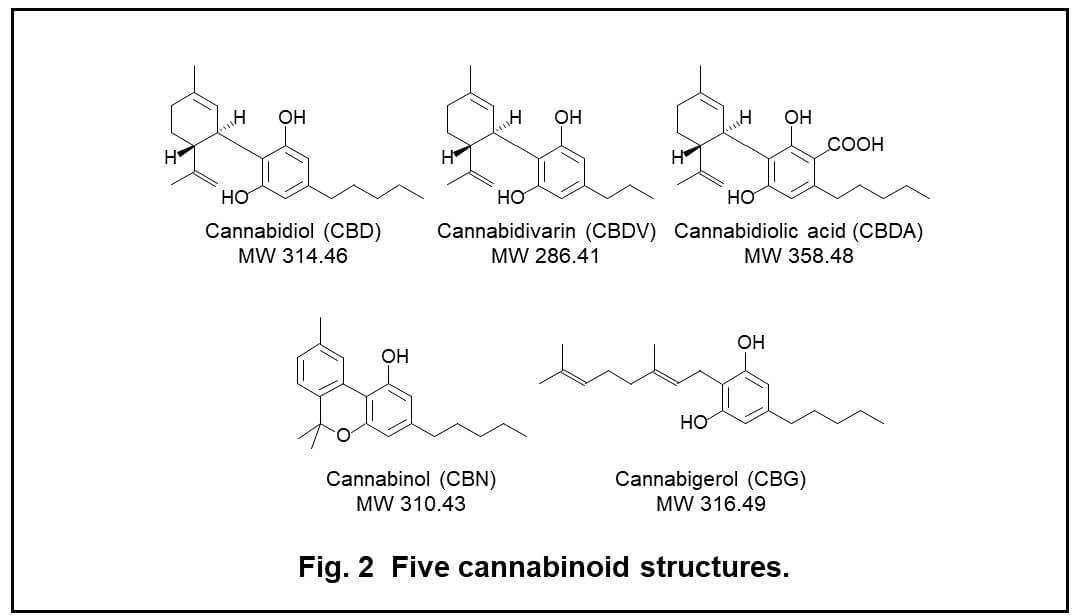 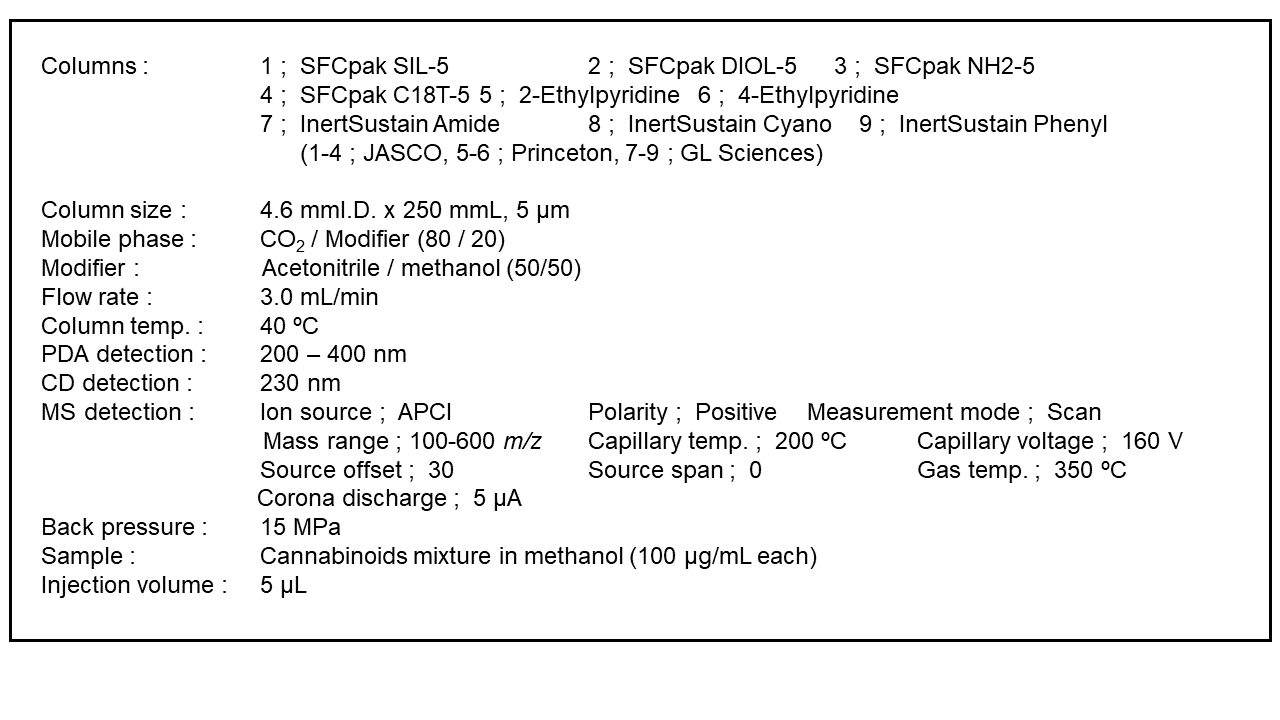 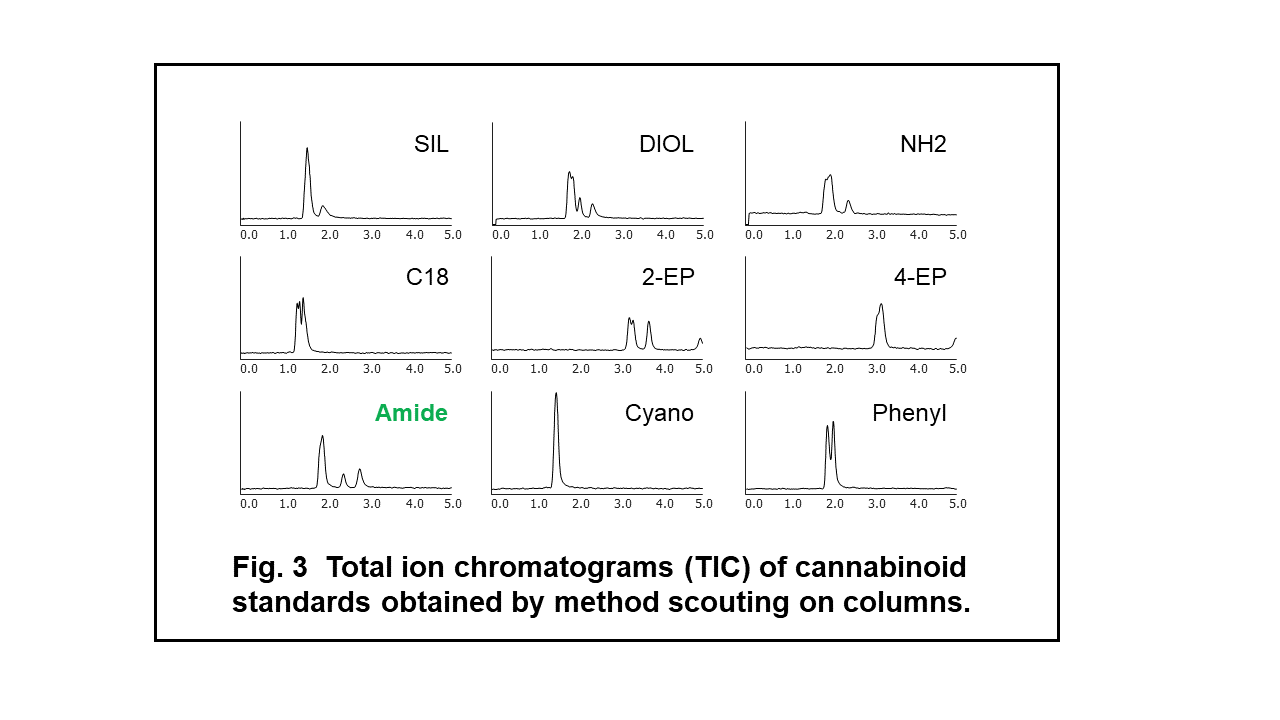 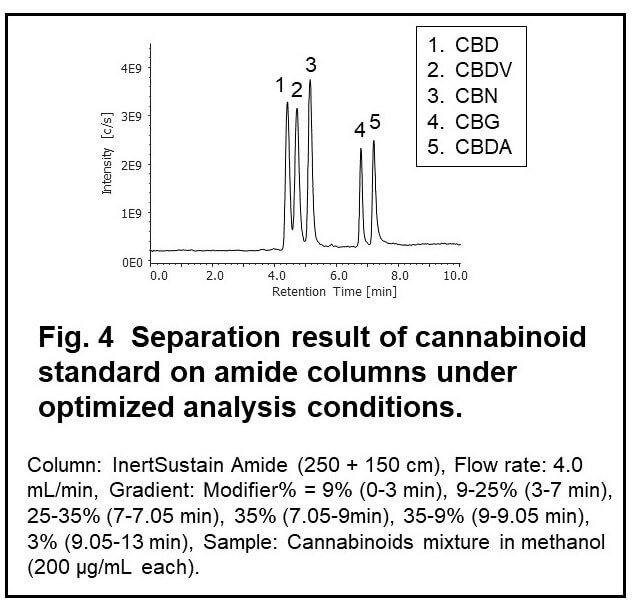 Figure 6 shows the results of CBD oil, which was diluted 10 times with methanol, obtained by PDA, CD, and MS detectors. Peak 2 on UV chromatogram (Fig. 6-1-A) was identified as CBD by comparing to standard spectrum (Fig. 6-1-C). Peak 1, which was co-eluting with peak 2, wasn’t corresponding to CBD spectra. Peak 3 and 4 that were assumed to CBDV and CBG from their retention time weren’t corresponding to standard UV spectra due to their much lower intensity. Although CBD in CBD oil was detected as (-) CD polarity, UV spectrum wasn’t same as CBD standard due to the co-eluting unknown peak (Fig. 6-2-A and C). CBD, CBDV, CBN, and CBG were detected selectively on XICs even if they were low concentration. However, co-eluting unknown peaks were detected on m/z 315.5 and 287.4 of XICs. These unknown peaks can be estimated to other cannabinoid that have similar molecular weight and were not prepared in this experiment (ex. 314.46 g/mol of THC and 314.47 g/mol of cannabichromene for m/z 315.5, 286.41 g/mol of tetrahydrocannabidivarin for m/z 287.4). 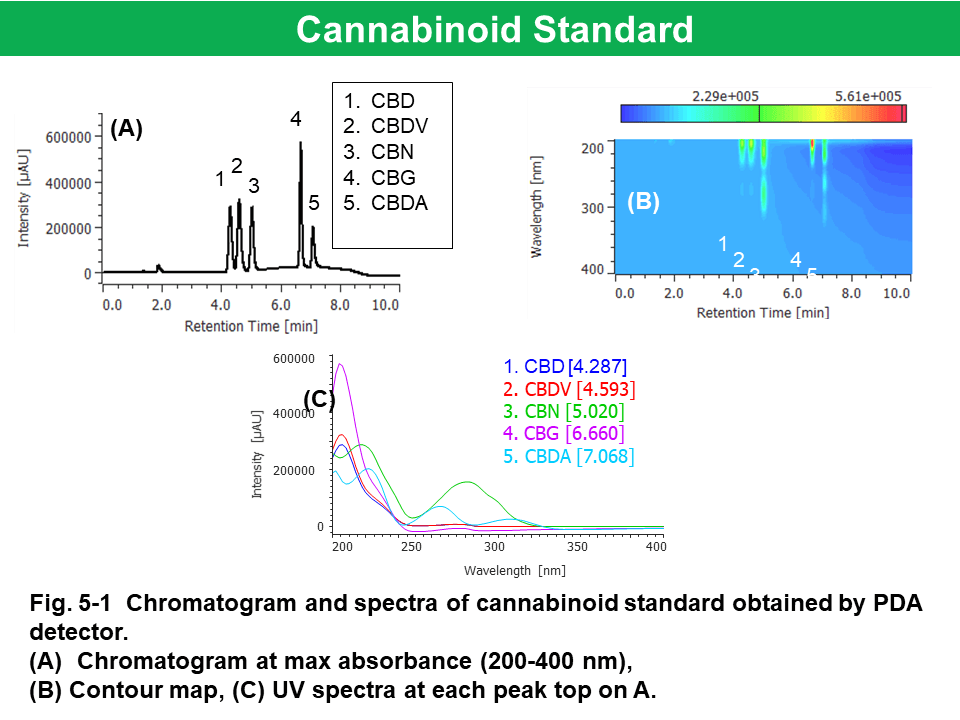 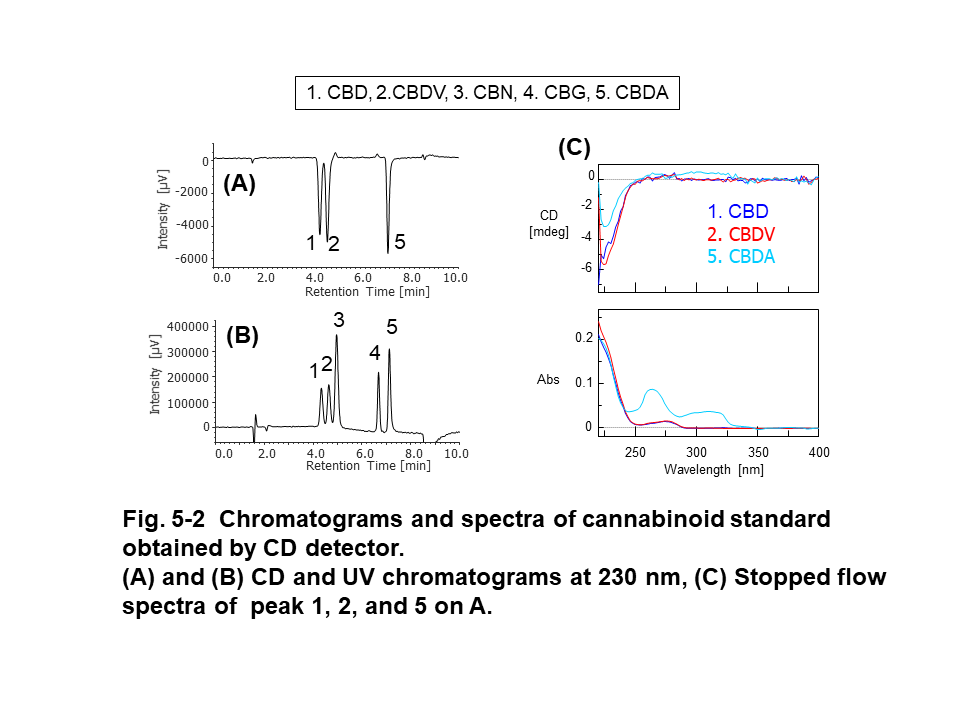 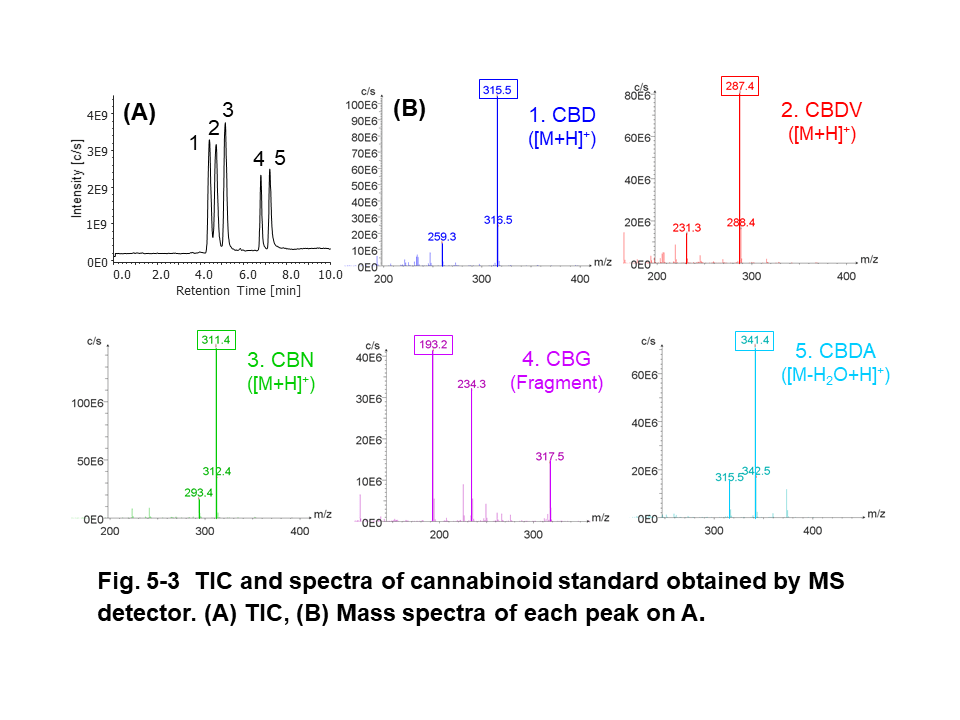 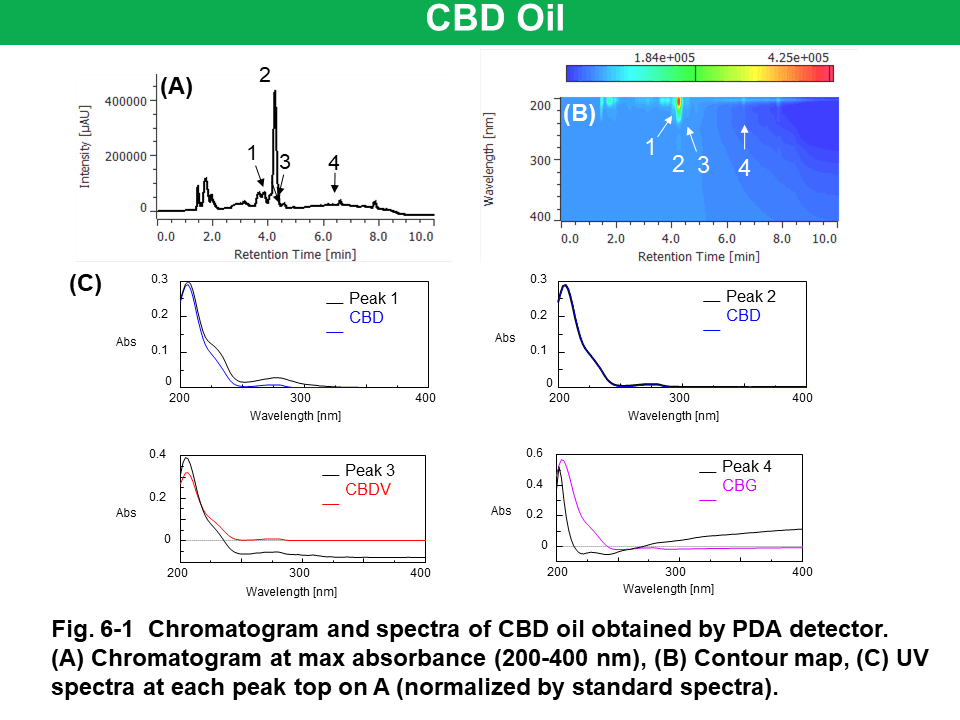 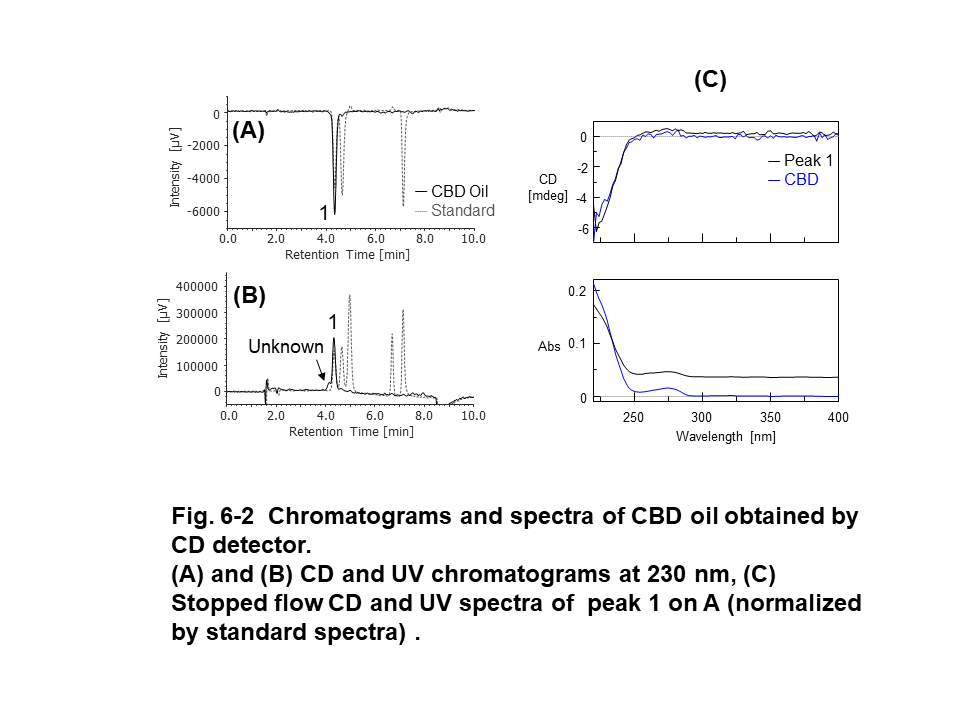 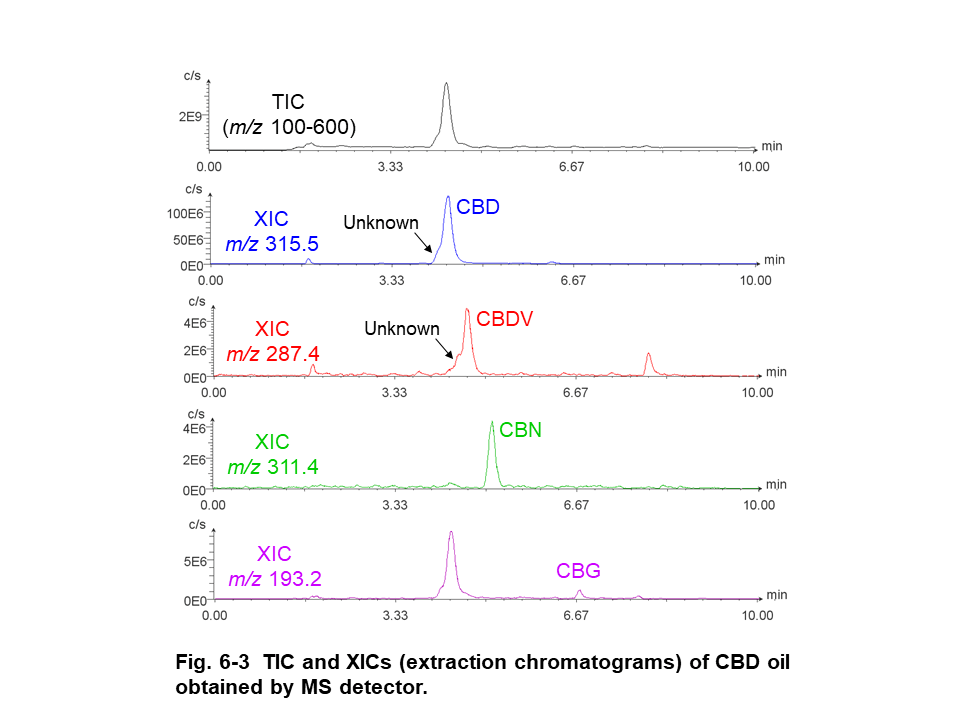 Figure 7 shows the SIM (Single Ion Monitoring) chromatograms at each m/z of CBD oil diluted 50 or 20 times with methanol.  Table 1 shows the linearity, reproducibility of retention time and peak area, detection limit of cannabinoids, and their concentration in CBD oil. As shown in these results, excellent linearity, reproducibility, and sensitivity were obtained by SIM chromatograms of MS detector. Experimental CBD concentration in CBD oil was corresponding to labeled one (0.4%), and we found a several kinds of cannabinoid were included in this CBD oil. 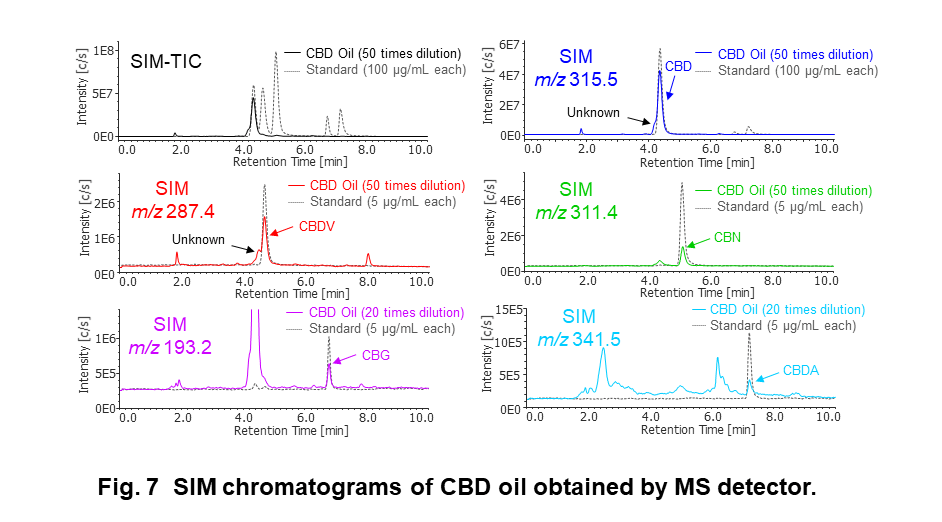 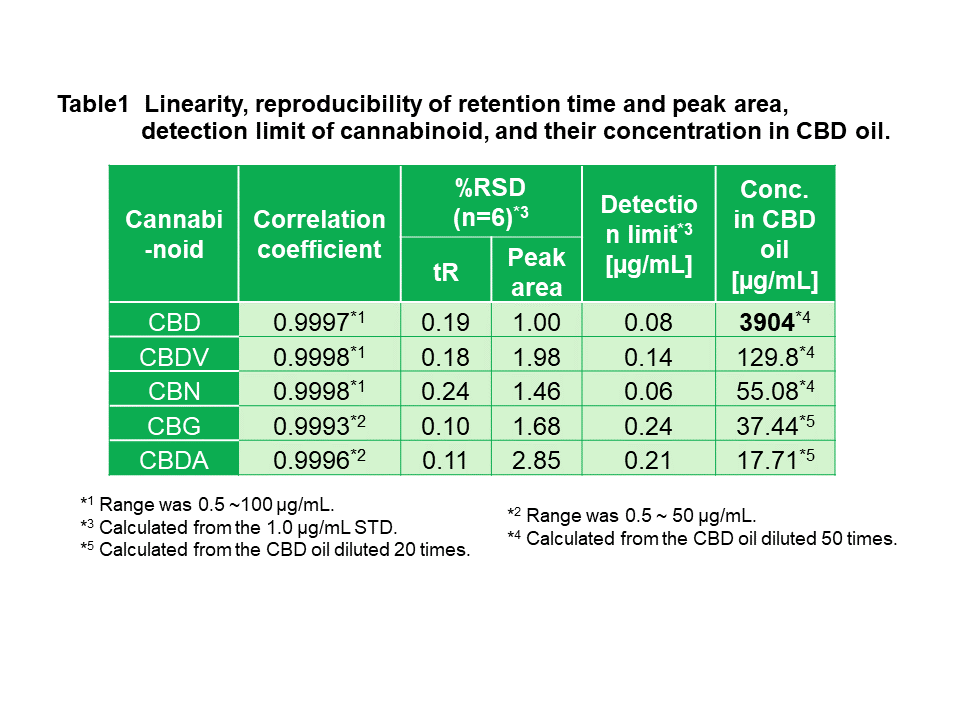 – We confirmed that CBD in CBD oil existed as an enantiomer and detected as (-) CD polarity at 230 nm.

– SIM detection by MS detector provided highly linearity, reproducibility, and sensitivity for cannabinoid analysis in CBD oil. However, the separation was needed to be improved because some cannabinoids have similar molecular weight.